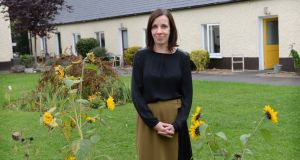 Four homeless mothers and their children continue to live in a drug treatment centre despite the women having recovered from their addiction, because there is no other place for them to go.

Such “high-risk families” now regularly have to spend longer than usual in Coolmine, the State’s largest residential drug treatment facility.

“There is nowhere for them to go,” said its chief executive, Pauline McKeown.

The lack of accommodation is hampering the recovery of addicts and preventing many others from accessing badly-needed services, she told The Irish Times.

She said there are currently four women with children residing at the service’s female residential centre, Ashleigh House in west Dublin, who have completed their programme but have no housing to move on to.

Some of these women, most of whom are not from Dublin and have no family links in the city, successfully completed their addiction programmes more than six months ago.

“These ladies have maybe fled domestic violence in Cork, in Galway and relocated to Dublin. So they’ve no local connection and cannot access local services. They can’t move on with the next stage of lives.”

“We would not ask them to move on without appropriate accommodation. It would defeat the purpose of coming in,” she said.

Last year Coolmine found accommodation for 146 of its service users after the completion of their courses. Only three received long-term social housing, 37 were given beds through housing and homeless agencies and 15 went on to stay with family or friends after Coolmine checked it was a safe environment for them.

The Ashleigh House service caters exclusively for women, including pregnant women and mothers with young children. It is unique among Irish treatment centres as the children are able to stay with their mothers throughout their recovery.

In 2017, 25 of the 71 women who stayed as Ashleigh House brought their children with them. There are currently more than 30 women in treatment there and 80 per cent of these are mothers. Two were maternity transfers, having come to the centre straight after giving birth.

Ms McKeown said in the last week alone they have engaged with six pregnant women who are homeless.

The organisation said it cannot continue to meet this demand.

Ms McKeown said 40 per cent of the women Coolmine works with are from the Traveller community. “And we’ve recently started a Polish addiction counselling service.”

Four out of five of its clients have at least one parent who was an addict, she said.

Of the 119 men Coolmine treated in 2017, half left the centre before completing their treatment. Over half came to the centre directly from prison.

Admission to Coolmine across its male and female services increased by 20 per cent last year to 190. According to its latest statistics, 72 per cent of its clients remain drug free after two years.

Ms McKeown said addiction to crack cocaine is becoming a major problem for the centre. In 2017, it helped 51 crack users to “stabilise, reduce their use and progress from their problematic drug use”.

“But heroin and opiate use are still the predominant issues,” she said.

The retention rate for its crack addiction programme was 88 per cent.