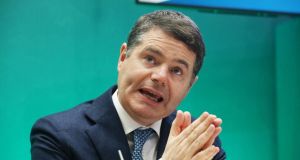 In its annual post-budget analysis SJI says a person on the higher amount will gain €289.23 per annum, compared with a gain of just €26.62 for the person on the lower income.

Describing “entrenched inequality” as the “disease of our time” the organisation says in framing the budget the Government has avoided the politically unpopular but necessary steps to tackle the social crises of poverty, homelessness, climate change and the health service.

“This budget pays lip service to social investment, but skewed priorities and a reluctance to support much needed tax increases to fund public spending mean inequality in Irish society will remain fundamentally unchanged,” it says.

SJI welcomed several measures, including the €5 increase in weekly welfare payments, the 25c hourly increase in the minimum wage to €9.80 and targeted measures aimed at alleviating child-poverty.

However, there remained a lack of urgency on housing and an over-reliance on the private sector in the Government response to the crisis.

The capital allocation of €1.25 billion for 10,000 new social homes – through construction, acquisition and leasing – was “simply not enough” when there were 10,000 people homeless and at least 110,000 households waiting for social homes. So too was the commitment to 6,000 affordable homes over three years, given that there had been none since 2014 and the need for these homes continued to grow.

The Government had “chosen to ignore” the call by the Irish Human Rights and Equality Commission that there should be time-limits on how long a family would remain in a family hub, given it had committed an extra €60 million to homeless services, including expansion of the hub scheme rather than “scaling up” initiatives to provide permanent homes.

Welcoming steps to address consistent poverty among children – which now affects 138,000 – SJI says these will not be enough for the Government to meet its commitment to lift a further 56,000 out of it by 2020.

On health, a number of measures are welcomed, including increased allocations for mental health services, reductions in prescription charges for the over 70s and the increased income threshold for the doctor-only medical card.

Could have been “much fairer”

The tax changes could have been “much fairer”, it says. “For the same amount of resources Government allocated to income tax and USC changes all single workers and one-job couples could have gained €85 a year while all couples with two earners could have benefitted by €170.

“This would have been the outcome if our proposals to make tax credits refundable and to increase the personal tax credit for all earners were followed.”

This would have entailed “refunding” the value of tax credits to those who are active in the labour market but earn too little to pay the taxes necessary to qualify for the credits.

It says the overall tax take remains inadequate and could be significantly increased with a “small overall increase in taxation levels”.