Mullingar-based married mother of two running as Independent in Longford 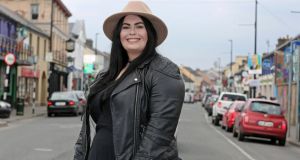 Next week’s local and European elections may well throw up the odd surprise, perhaps none more so than in Co Longford where a young woman is bidding to become one of only a few members of the Traveller community to win a seat at local authority level.

Julia O’Reilly, a married mother of two, is bidding to follow in the footsteps of Nan Joyce, the late activist who became the first member of the Traveller community to stand for election in the history of the State.

The Mullingar-based candidate is hoping to claim one of Longford municipal district’s seven seats when voters go to the polls next Friday.

“My father came from Ballymahon and I just said here was a county who gave me such a great father and I wanted to give something back,” she said.

Ms O’Reilly, who is running as an Independent, has set out an ambitious political manifesto, among which are plans to standardise and negate concerns linked to the tradition of sulky racing.

She suggests local authorities should set aside disused land and bring in proper licensing laws and registration protocols.

“It’s structuring things more so we [Travellers] can still have our traditions in a safer environment for individuals participating, animals and the public,” she said. “This is about taking everyone into consideration, plus it’s putting a drive for the community to push towards something positive and is not taking away or oppressing us. It’s about encouraging us to do it in the right ways and to move with the times.”

She has enlisted the help of mediation practitioners to address feuding between rival Traveller families in Co Longford. “We need to help these people,” she said, while revealing her own plans to publish a book entitled The Trinity on self-healing later in the year.

‘Hoping it will fix itself’

“There’s no point throwing things at this hoping it will fix itself. We need to go and find out why this is happening – one, education, and two, a lack of jobs.”

She has described Peter Casey, who is standing in the European elections, as a “knock-off Donald Trump”.

“I just see an individual who has all the money in the world but who is not fulfilled,” she said.

“Ireland is better than that. We don’t need a knock-off Donald Trump in Peter Casey.

“We need to unite people. You have Sinn Féin talking about a united Ireland. That’s not realistic, the country is on its knees. What we need to do is bring its people together and unite them.”

In addition to Ms O’Reilly, there are four other Travellers running in the local elections: Independent Timothy J Hogan and Catherine Coffey O’Brien of the Workers’ Party in Cork city, while Aontú candidate Martin Ward from Tuam and Sinn Féin’s AnneMarie Roche from Loughrea are seeking election to Galway County Council.