Committee to decide whether to recommend repealing or replacing Eighth Amendment 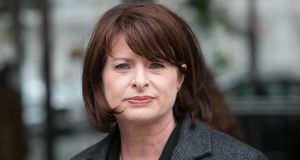 There were heated exchanges at the Oireachtas committee on the Eighth Amendment to the Constitution on Wednesday after it heard Ireland’s human rights watchdog supported the wide-ranging liberalisation of abortion law.

Anti-abortion and pro-choice TDs and senators exchanged barbed comments and fact-checked each other’s assertions using their phones during the lengthy hearing.

At one stage the chair of the committee, Catherine Noone, had to remind members that they were there to hear from the expert witnesses and not to make speeches.

Independent TD Mattie McGrath demanded a retraction of “scurrilous” remarks by Fine Gael’s Kate O’Connell. Mr McGrath claimed Ms O’Connell had called him a liar and said such remarks “wouldn’t be tolerated in the Dáil”.

Ms Noone said Ms O’Connell hadn’t called him a liar and encouraged him to move on from the issue.

Earlier in the session Ms O’Connell had said TDs had been using their speaking time to put out “lies” and “untruths” about abortion.

The all-party committee may make a decision as early as next week on whether to recommend repealing or replacing the amendment, if proposals by some TDs are accepted.

During a private session, Solidarity TD Ruth Coppinger said the committee should decide its recommendations on the Eighth Amendment next week and make them public.

It was originally thought the committee would wait until all modules were finished before making recommendations, but Ms Coppinger believed it should make its views known as it goes along.

Members agreed to hold a private session next week to discuss the issue and hear from the committee’s legal adviser.

However, instead of the asking questions of the four expert witnesses, members often resorted to holding forth on their own views on the issue or responding to arguments made by other members.

Fine Gael TD Peter Fitzpatrick used his speaking time to describe at length the development of a foetus in the womb. He said he was worried “abortion on demand” would be used as a method of contraception.

He said that in countries with “abortion on demand” most foetuses with Down syndrome were aborted, including Iceland, where the figure is 100 per cent.

He added he was also worried women might get an abortion if they were unhappy with the sex of the foetus.

Ms Coppinger said his comments about contraception were “insulting and belittling” to women. Independent senator Lynn Ruane agreed and said members of the committee should “educate themselves” before attending meetings.

One of the witnesses, veteran anti-abortion campaigner and Trinity College professor William Binchy, drew a large amount of criticism from pro-choice members when he argued that Ireland had no obligations under international agreements to change its abortion regime.

She said that in every country with restrictive laws it was marginalised women who were the most impacted.

As expected, the Irish Human Rights and Equality Commission, which was represented by chief commissioner Emily Logan and commissioner Siobhán Mullally, recommended the eighth amendment be repealed completely.

It also recommended that Ireland legislate for publicly funded abortion in a wide array of circumstances, including “socioeconomic or family circumstances”, “risk to life and health” and “pregnancy as a result of rape or incest”.

Asked about her opinion on the term “abortion on demand”, Ms Logan said it was not appropriate and that she would call it “requesting healthcare”.

“I don’t hear anything about men ‘demanding healthcare’, so I don’t see why it should be used for women,” she said.