Psychological or emotional abuse to be made legal offence

Domestic Violence Act 2018 to include new crime of coercive control 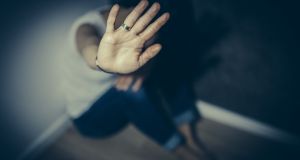 Under the Domestic Violence Act, safety orders will be available to those who are in intimate relationships but who are not cohabiting

An offence of psychological or emotional abuse is to be introduced as part of new domestic violence measures announced by Minister for Justice Charlie Flanagan.

Mr Flanagan has commenced work on the Domestic Violence Act 2018 which will improve the protections available to victims of domestic violence under both the civil and criminal law.

A new offence of coercive control – a pattern of intimidation or humiliation involving psychological or emotional abuse – will come into force.

This abuse in an intimate relationship can cause fear of violence, or serious alarm or distress that has a substantial adverse impact on a person’s day-to-day life.

Under the Domestic Violence Act, safety orders will also be available to those who are in intimate relationships but who are not cohabiting.

Victims of domestic violence will be able to apply for an emergency barring order, lasting for eight working days, where there is an immediate risk of significant harm. Emergency barring orders can be granted even if the victim has no legal or beneficial interest in the property or has an interest which is less than the perpetrator’s.

The Act also provides for victims to give evidence by video link both in civil cases and in criminal cases for breaches of orders. The victim can also be accompanied to court by a person of their choosing to provide support during a civil hearing.

A court will also be able to seek the views of children where a safety or barring order is sought on behalf of a child. The court will have the option of appointing an expert to assist the court to ascertain the views of the child.

Other key provisions in the Act will see an obligation put on the Courts Service to offer victims information on domestic violence support services.

The courts will also have the possibility of recommending that a perpetrator engages with services such as programmes aimed at perpetrators of domestic violence, addiction or counselling services.

Restrictions will be put in place on media reporting and attendance by the general public at criminal court proceedings for breaches of civil domestic violence orders.

A new criminal offence of forced marriage will also be introduced.

Where a violent or sexual offence is committed by a person against his or her spouse, civil partner or person with whom he or she is in an intimate relationship, that fact can be an aggravating factor at sentencing.

“Another important provision will ensure that an intimate relationship between victim and perpetrator must be regarded as an aggravating factor in sentencing for a wide range of offences.

“This new provision sends a message that society will no longer tolerate the appalling breach of trust committed by one partner against the other in an intimate context.”

The Minister said domestic violence can have “devastating” physical, emotional and financial consequences for victims as well as society as a whole.

“The commencement of the Domestic Violence Act is a key part of the Second National Strategy on Domestic, Sexual and Gender-based Violence,” Mr Flanagan said. “It also completes a major step towards Ireland’s ratification of the Council of Europe Convention on preventing and combating violence against women and domestic violence, known as the Istanbul Convention.”