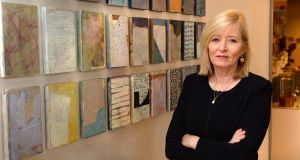 Emily O’Reilly, European Ombudsman, told an AHCPS seminar on Wednesday that one of the biggest barriers facing women in the workplace and in particular leadership roles is self-confidence. Photograph: Dara Mac Donaill / The Irish Times

There is a “savagery” to the online abuse female politicians experience and it has turned women off politics, the European Ombudsman Emily O’Reilly has said.

Ms O’Reilly said female politicians have “so many more steps to take” than their male counterparts, “just to get out the door”.

Ms O’Reilly, a former journalist, became the first female Ombudsman in Ireland before being appointed to the Strasbourg post in 2013. She was addressing the Association of Higher Civil and Public Servants seminar ‘Women in Leadership in a New Decade’ in Dublin on Wednesday.

Speaking to The Irish Times, Ms O’Reilly said it was evident to her as a political journalist in the 1980s and 1990s that female politicians had “a very difficult life” in terms of balancing work and family life.

“But now you have social media and you have, very often, 24/7 abuse. I’ve listened, I hear female MEPs. Men get it as well but I think there’s a savagery to the abuse that women get and it has turned women off politics . . . I make a point of not reading comments on me because I just don’t want to upset myself,” she said.

“But as a politician I don’t think you can blank it out because you have to read it, because some of the stuff coming from your constituents could be important. But death threats, threats of the most violent, sexual assaults, everything . . .where is that in any involved democratic society, I don’t know.”

Ms O’Reilly said a lot of female politicians are also judged by their appearance “not just by men, but by women as well”.

“Even just to get out the door you have so many more steps to take than a man does,” she added.

Ms O’Reilly said she has experienced ‘mansplaining’ during her time as Ombudsman both in Ireland and Europe.

“I really only came across that sort of sexism that I have encountered at times when I was no longer a journalist, when I went into the public service,” she said.

“I don’t know why that was, maybe it was because I was a journalist, I wasn’t a leader as such. So I did my own thing, it was self contained, it was good, it was bad, it was indifferent but no one was assessing my leadership qualities or anything like that.”

She said one of the biggest barriers facing women in the workplace and in particular leadership roles is self-confidence.

“Women are very hard on themselves . . . They are constantly questioning their capacities, their abilities, negating what they have. I’m not saying all women, there are lots of hugely confident women around but there is still a very strong tendency for women to understate what they have and that does surprise me.”

Separately, Ms O’Reilly said if the formation of a Government was to drag on for “a very long time” and critical Brexit trade deal decisions had to be made, it may be “tricky”.

“Obviously it’s very important that Ireland is in there given the importance of those trade talks for our country but obviously a lot of the preliminary and ground work is done by the very excellent civil servants that work on that and the Taoiseach is still attending the meetings,” she said.

“I mean he is still the acting Taoiseach . . . we’re still there but obviously if it [government formation] was going to drag on for a very long time and there were critical decisions to be made, that might be tricky. But at the moment I think it’s fine.”