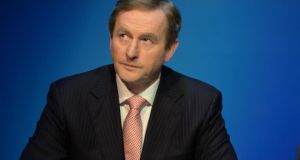 Taoiseach Enda Kenny said a complaint made by Nama against a former employee “is at a very advanced stage”.

Allegations about inappropriate behaviour at Nama are being taken “very seriously” and they are a matter of “concern and substance”, Taoiseach Enda Kenny has told the Dáil.

Mr Kenny confirmed two separate Garda investigations were under way and he said a complaint made by Nama against a former employee “is at a very advanced stage”.

Gardaí had received a separate complaint in August from a firm of solicitors relating to the alleged disclosure of information by Nama.

Nama has responsibility for €74 billion in loans and is the largest property management company in the world.

Independent TD Stephen Donnelly had suggested an independent review of systems and procedures at Nama might be urgently necessary if the Taoiseach was not happy that they were as good as they could possibly be.

The Taoiseach added that following the conclusion of the two Garda investigations, “if the Garda follow through on the second one”, it was clearly “an issue the Minister would be cognisant of, taking into account the constraints upon him as a citizen or public representative in terms of the law”.

Mr Donnelly warned it was possible the State could be exposed to “very significant costs if an aggrieved party sought and was awarded damages for potential wrong behaviour”.

He said the allegations, regardless of whether they were true or not, “compromise Nama’s ability while they are left untested and the agency cannot do the best job it can in returning as much money to the State as possible”.

He said a potential bidder for Nama assets may decide not to bid because they feel “other bidders have access to confidential information which they do not”.

Mr Donnelly said the allegations were not new and first surfaced in 2011. “Since 2011 and the initial allegations, what steps has the Government taken to ensure no leaking of confidential information from Nama can take place?” he asked.

He also asked if Mr Kenny was satisfied that the agency was now “watertight”.

‘Veil of secrecy’
The Wicklow TD said that an organisation as powerful as Nama, dealing with such sensitive information, “should never have been set up under the veil of secrecy that prevails”. He accepted it was not established by the Government but he said “Nama must be above reproach”.

Mr Kenny said there were specific offences under the 2009 Nama Act regarding the inappropriate disclosure of confidential information.

He told Mr Donnelly that Nama had been informed by a journalist over the weekend that certain allegations had been made by a former employee about the activities of current and former Nama staff.

Mr Kenny added that “Nama has not been contacted by the Garda to date in connection with the allegations”.

Mr Donnelly said only the Government could establish an independent external review of systems. “The Garda cannot do it, it is not set up to do that. Nama cannot do it. Nobody can investigate itself in that way.”