Miriam Lord: Marie Louise tells Mattie the jig is up for his jibes 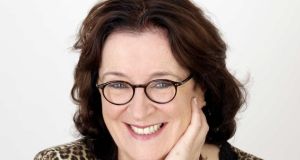 Marie Louise O’Donnell: as her six guests looked on, McGrath allegedly accused O’Donnell (who has a long-running weekly radio slot on RTÉ’s ‘Today with Seán O’Rourke’ programme) of “double-jobbing” and taking the bread from the mouths of working journalists

Revenge, they say, is a dish best served cold. Mattie McGrath discovered this to his cost on Thursday morning when he was eaten alive by a Senator still fuming over his “outrageous” behaviour towards her in the Oireachtas restaurant last month.

This is the formal dining area in Leinster House, reserved for past and current members and their guests. We hear the independent TD intruded himself into a party of senior academics (one from Tipperary) who were having dinner with Marie Louise O’Donnell, the broadcaster and communications lecturer appointed by Enda Kenny to the Seanad in 2011.

As her six guests looked on, McGrath allegedly accused O’Donnell (who has a long-running weekly radio slot on RTÉ’s Today with Seán O’Rourke programme) of “double-jobbing” and taking the bread from the mouths of working journalists.

When she protested and asked what he was on about, Mattie intimated to the diners, at some length, that he knows what people are saying about her out in RTÉ and he could tell them a thing or two, if he had the time. But he was saying nothing. Then off he went, leaving a table of nonplussed academics and one seething Senator in his wake.

Fast-forward to Thursday and the mid-morning quiet of the Members’ Bar. Here’s one witness: “Marie Louise had just come in when Mattie came over. Whatever he said, he hadn’t finished the sentence when she laced into him. I thought she was going to give him a clatter.

“Pat Rabbitte was sitting right beside them. He was buttering a scone. He froze. He’s probably still sitting there now, with his mouth open and knife in the air.”

Such was the ferocity of the dressing down, politicians who never held a cigarette in their lives ran for cover to the smoking area. Even the staff were stopped in their tracks. Others shrank back in their seats and watched the show.

Another witness describes the scene: “Her opening speech went on for about two minutes. Mattie didn’t know what hit him. She said he came over uninvited to the table and insulted her and her guests, going on about double-jobbing and stuff before leaving those people with the impression there is something subterranean going on, even though there isn’t.”

The deputy for Tipperary South said nothing while Marie Louise went through him for a short cut. Finally, he struggled out a few words. “You could have talked to me privately.”

“That’s not what you did with me in the restaurant!” retorted the incandescent O’Donnell, before getting stuck in again over his “outrageous” behaviour.

“I’m in the middle of an election,” cried Mattie before he ran out. Onlookers subsequently agreed that his step-dancing years stood to him. “Michael Flatley wasn’t in it. He was through the curtain and out the door in jig time. He got out so fast he didn’t even try to defend himself.”

By Thursday afternoon, reports of the confrontation were spreading, with certain TDs and Senators expressing bitter disappointment that they hadn’t been there to witness McGrath get his comeuppance.

At the same time, some people heard that Marie Louise had already apologised to Mattie for confronting him in such a forthright manner. The source of that rumour is unknown.

However, sources close to the Senator have confirmed that she most certainly did not apologise and there is absolutely no chance of her doing so in the future.

With a general election coming down the tracks, they are all Independents now. In the main parties – with the notable exception of a very disciplined Sinn Féin – it’s every man and woman for themselves.

From Enda Kenny down, looking after Number One (and that number one vote) is a major priority.

Enda is working flat out in Mayo to make sure he tops the poll again amid local grumbles that he could have done more for the county since becoming Taoiseach.

Meanwhile, all signs are that his constituency colleague Michael Ring is going to romp home again. He was 21 years in the Dáil on Tuesday, but there was little time for celebration.

With sitting TD Michelle Mulherin also in the race there is fierce competition for column inches and air time between them.

Enda is popping up with with increasing regularity on his local Midwest Radio. It used to be known as Radio Ring – but not so much any more.

Micheál Martin is locked in a battle in Cork South Central with his finance spokesman, Michael McGrath, while Joan Burton has her work cut out to retain her seat in Dublin West.

Personal battles are being fought by party politicians all around the country. They are the Holly and Ivy Independents who only show up at election time. Then we have the actual Independents. They’re all over the place at the moment. Join a new party, attach themselves to a loose alliance or remain in splendid isolation?

Lucinda Creighton, always a party animal, left Fine Gael after a long relationship. It wasn’t too long before she was out of the blocks with Renua.

Shane Ross, Finian McGrath, Michael Fitzmaurice and John Halligan caused a stir when news broke of their intention to form an alliance of Independents.

Shane and the others have been fairly quiet about their intentions. Apart from one well publicised meeting with councillors from around the country, there has been little public action from them. They say they won’t be dictated to by the media over a launch date, but the time comes they will unveil candidates running under their banner in all constituencies.

And so to this week, when the woman of the hour, Catherine Murphy, along with Róisín Shorthall and Stephen Donnelly announced they are too set up a new party. It hasn’t got a name yet.

Meanwhile, both Broughan and former Fianna Fáil senator Averil Power are seen as perfect fits for this new party and the Independent Alliance. There is only one problem – both are in Dublin Bay North. Which is also Finian McGrath’s constituency.

The Oireachtas Golf Society headed to Kerry last month for its annual Captain’s Prize outing. Labour backbencher Arthur Spring was host at Tralee golf club and among those teeing off was his uncle Dick, former Tánaiste, Labour leader and golf society captain.

The president of the Oireachtas GC sent his apologies as he was detained “out foreign”. According to our informant, this meant Phil Hogan, EU Commissioner for Agriculture, was somewhere other than Brussels or Strasbourg, which apparently doesn’t count as abroad.

Deputy Spring is a very useful golfer, but the lowest score of the day was posted by his brother Graham, who shot an impressive two under par for his round. Mind you, Graham – elected to Kerry County Council for the first time last year – used to be a golf pro.

Cathaoirleach of the Seanad Paddy Burke made a valiant effort on the back nine but failed to make the placings. There were fewer than usual serving politicians taking part, a sign a general election is in the offing.

Speaking of which, some of the TDs who moved heaven to get themselves a coveted place on the banking inquiry committee are wondering if they made the right decision.

As constituency rivals rush off at every opportunity to stoke home fires, they are incarcerated in their basement bunker all week.

But next month when big political names start rolling in for questioning, they will be hoping to bank up enough national exposure to see themselves nicely into the summer break.