Opinion: Five things the party should do to loosen the grip of government in the Dáil 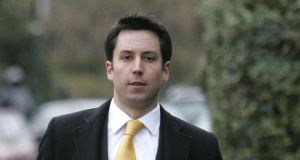 ‘Today the credibility of Irish Water lies in tatters, the issue undermining everything else the government is trying to achieve.’ Photographer: Dara Mac Dónaill/The Irish Times

How much longer can TDs newly elected for Fine Gael continue to stand over the practices of the past?

Why should we, when it is those very same practices that motivated us to get involved in politics to change them?

Is political reform really at the centre of most people’s worries? I doubt it. But that does not mean it is not important. Most issues that affect us in our daily lives come from decisions approved by parliament. This is a parliament which has not fundamentally changed since before the financial crisis of 2008.

Six years ago, governance in Ireland effectively collapsed. Yet we continue to debate and adopt our annual budgets in exactly same way. The Dáil, then, was unable to hold the government of the day to account (which is its constitutional role). Today it is no different. That isn’t the fault of the Dáil. The problem is how it has been manipulated and abused by successive governments, including the current one.

The authority of the government rests upon the support of the parliament for its actions. The Dáil is there to act as a check and balance on executive power. This idea recognises both that power should not be concentrated in the hands of one set of people and that no one group, no matter how capable, can have a monopoly on wisdom. But because the government controls the Dáil, through the use of the whip system, the Dáil does not independently approve the decisions of government as it is meant to. Instead, it rubber stamps them. Dáil votes are rendered worthless because they are not taken freely and thus the government is allowed to act with impunity.

Had there been longer debate, would the outcome today be any different? Maybe not. But the creation of a utility company at a cost of hundreds of millions was approved without any serious scrutiny by the people elected to scrutinise on behalf of everybody else. Today the credibility of Irish Water lies in tatters, the issue now undermining everything else the Government is trying to achieve.

If the independence of the Dáil can be abused by Fianna Fáil, Labour and Fine Gael, what will happen to it under the control of Sinn Féin and its cult of silence, where the voice of dissent is not only not tolerated – it simply does not exist?

Fine Gael in government continues to tout its reform record. In the next general election, 30 per cent of candidates will be women. But what is the point in bringing more women in to the Dáil if they are going to be forced to behave like everyone else? What is the point in reforming the Dáil committees if the people on them will be forced to act the same way?

As a proud member of Fine Gael, I make these arguments in the tradition of Garret FitzGerald and John Bruton. Fine Gael needs to commit immediately to loosening the grip that government holds on Dáil Éireann. This means, as a starting point:

1. A declaration that the whip will only apply in stated instances and that all other votes will be free, including the order of business.

2. Establishment of an independent Oireachtas budgetary office and new budgetary committee to allow independent costing and debate of proposals from TDs.

3. Dissolution of the Cabinet Economic Management Committee (which was arguably necessary during the bailout arrangement) and restoration of the constitutional role of Cabinet.

4. Acceptance of the principle of secret ballot on the election of Ceann Comhairle.

5. Division of speaking time in the Dáil between members, not between parties and groupings.

The resistance by some in Fine Gael to meaningful change of our political culture has been demoralising. A commitment has been given that whip reform will be looked at after the next election. Not good enough. The culture must change now. Eoghan Murphy is Fine Gael TD for Dublin South East