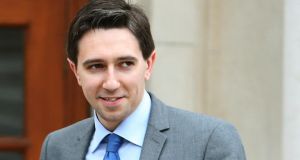 The income tax taken from pay packets should be reduced in the upcoming Budget, according to Minister of State for Finance Simon Harris. Photograph: PA

The income tax taken from pay packets should be reduced in the upcoming Budget, according to Minister of State for Finance Simon Harris.

Many Government ministers were conscious that people paid 41 per cent income tax once they earned €32,800 which was from a “low point”, said Mr Harris.

“I think that measures there or consideration in relation to that can help incentivise work,” he added.

“I would certainly hope that this Budget would begin the process of recognising the reality around the tax on work and perhaps provide a roadmap or an indication of where Government wishes to go beyond this Budget.”

His comments come as preparations for the Budget on October 14th are beginning in earnest with the resumption of the political season.

Mr Harris stressed his comments were predicated on there being “flexibility” in the public finances come Budget Day, adding that the exchequer returns in September would help Government “paint the whole picture”.

He also cautioned that the level of Government debt remained high.

“This Government . . . has been about incentivising people to work, creating the right environment for jobs to grow, and recognising the massive contribution that those who work make,” he said.

“It would be a kind of natural progression that, if there is a flexibility in the public finances, Government would look at how could we incentivise people who are working to continue to work, to do the extra hours,” he added. “That’s where I think the focus should be initially.”

Mr Harris accused some media commentators of trying “to drag the country” into a debate about whether public or private sector workers should be the first to benefit from an upturn in the State’s finances.

He said the challenge for Mr Noonan and Minister for Public Expenditure Brendan Howlin was how “to give something back” in a fair way to “all workers”.

Mr Harris contested the European elections in May in the Ireland South constituency. He was unsuccessful, but said a key message from many people he canvassed, “from Dingle to Bray”, wasthat they were often reluctant to work overtime because of the risk of entering a higher tax band.

In the reshuffle of ministers last month, Mr Harris was appointed Minister of State at the Departments of Finance and the Taoiseach and was given special responsibility for the OPW, public procurement and international banking, including the IFSC.

Mr Coveney said tax changes in October would be “relatively modest”, but the Budget was about “signalling a new direction for Ireland” and the changes would be built on in the following year’s budget.

Mr Noonan has confirmed that key Department of Finance officials were asked to take their holidays in July so they could work on the Budget this month.

1 Coronavirus: Contact tracing to be extended to suspected cases in effort to combat Covid-19
2 Tony Holohan admitted to hospital after feeling unwell during coronavirus briefing
3 ‘On the bike I meet no one’: 78-year-old cyclist refuses to cocoon
4 Coronavirus in Ireland: New powers of arrest for gardaí expected to come into force
5 How five days of evangelical worship set off the coronavirus outbreak in France
Real news has value SUBSCRIBE