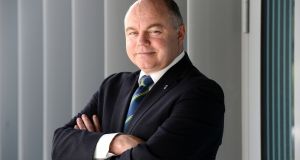 The authority spent an hour on Thursday morning discussing the fallout from the Ní Shúilleabháin controversy and heard calls for a permanent expert group to handle any future cases of sexual harassment on campus.

Prof Deeks defended the university’s handling of the case, claiming that the full facts had not been put into the public domain due to the sensitivities and confidentialities involved, sources have told The Irish Times.

“To an extent he [Prof Deeks] was saying it wasn’t an institutional failing,” said one source, “He didn’t think that the university had failed, but it was more complex.”

However, a second source present during the meeting of the governing authority characterised Prof Deeks as having “tried to spin it as a success story for UCD HR”.

The authority is made up of political, academic, non-academic and student representatives. Sources familiar with the proceedings, speaking on condition of anonymity, said “anger and disappointment” was expressed.

Prof Deeks was put under pressure after raising the issue at the start of the meeting, especially by the Lord Mayor of Dublin Hazel Chu, who made a lengthy criticism of the university’s response.

“It was the first time since I’ve been on the board that the lord mayor attended a meeting; she certainly made her mark,” one source at the meeting told The Irish Times.

An independent review group must be established to examine sexual harassment allegations, a number of governors declared, though such a body must include independent non-UCD representatives.

Students would feel more comfortable if a mechanism was found so that they could report, or raise concerns about, harassment that bypassed college staff, The Irish Times understands from a number of those who attended.

Prof Deeks told the meeting that a review of UCD’s dignity and respect policy was already under way, but indicated that he was open to ideas around expanding it, or examining another complementary process.

However, a number of members were unhappy afterwards, with some saying there had been “a good bit of grandstanding going on”. Others were unhappy about the discussion of an individual case.

In a statement prompted by news of the resignation last October of Prof Kathleen James-Chakraborty from UCD’s Gender Equality Action Group, UCD said the group has prepared a plan to address the problems identified.

“It became clear through the work of the group that our policies and procedures in these areas were not adequate, and so a programme was initiated to revise them,” Prof Orla Healy declared, saying that consultation has begun.

The university’s challenge now is to ensure that the changes, once introduced, make clear that UCD will “not tolerate unacceptable behaviour”, improve the ways complaints are handled and offer confidence to all that they will be responded to “appropriately”.

“We are not yet where we want to be, but we are working hard to get there, and I am very grateful to all who are contributing to this effort,” said Prof Healy. The gender equality plan will be published later this month.

Besides improving reporting methods, the report recommends extra “dignity and respect” training for line managers, and for all staff who may witness misbehaviour by others. Anonymous reporting of allegations is recommended, too.

The university’s existing zero tolerance approach towards harassment will be “reinforced”, she said. People affected will be encouraged to come forward, while UCD should be able to launch investigations, even if a complaint is not made.

Extra supports will be given to those who complain about sexual harassment and sexual misconduct, even if a formal complaint is not made, under the proposals, while UCD will clarify the rules that govern the reporting of informal complaints to the Garda.