Ten deaths and 231 people tested positive for coronavirus in North 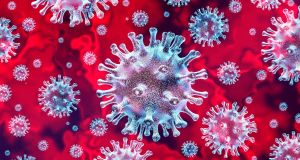 Three more people in Northern Ireland have died due to the coronavirus, bringing the total number of fatalities in the North so far to ten, the North’s Public Health Agency (PHA) reported on Thursday afternoon.

The PHA also reported that testing has resulted in 32 new Covid-19 cases in Northern Ireland, bringing the total of confirmed cases to 241.

Meanwhile, First Minister Arlene Foster has welcomed a move by the British chancellor of the exchequer Rishi Sunak to provide support of up to £2,500 per month for self-employed people in Britain and Northern Ireland affected by the coronavirus crisis.

Ms Foster said it provided reassurance for people who worked for themselves. She said it would assist people “like childminders, hairdressers, taxi drivers – all of those people who have been contacting us for clarity over these past weeks”.

“It will give a lot of people an easier sleep in their beds tonight,” said Ms Foster.

The commitment also was welcomed by the Federation of Small Business NI and by the Northern Ireland Chamber of Commerce and Industry.

The Deputy First Minister Michelle O’Neill complained that some companies in Northern Ireland were exploiting their staff by making them work even though their businesses were deemed non-essential in the current crisis.

She said, “We still hear reports about workers being exploited in this public health emergency. They are being given no option by their employers other than to go to work when it is not safe for them to do so. That has to stop. It must stop immediately and shame on any employer that is exploiting their workforce at this time.”

Senior sources said that the Department of Justice was cooperating with the British Ministry of Defence to utilise part of the British army base at Kinnegar in Holywood, on the outskirts of east Belfast, as a large-scale mortuary to deal with expected deaths from coronavirus.

The North’s Department of Health has set out the “next phase” of health service planning for the predicted Covid-19 surge in Northern Ireland.

These plans include prioritisation of patient care, reconfiguration of hospital services, urgent discharge of all medically fit patients, and an end to general hospital visiting – with very limited exceptions.

Health trusts also will be maximising and utilising all spare capacity in residential, nursing, and domiciliary care.

“In some cases it is recognised that this may mean that other services are temporarily reduced as the focus is on providing essential services and helping those most at risk access the best possible treatment,” said Mr Pengelly.

The Irish News reported on Wednesday that Belfast-based solicitor Claire McKeegan had received “legal instruction” from staff working in two Northern Ireland health trusts to write to health minister Robin Swann seeking “public assurances” about the provision of such equipment.

She said that staff were “fearful” and that they urgently required kit such as “full disposable gowns, aprons, footwear that can be decontaminated, fluid shields and special masks.

Mr Pengelly said the department was working to ensure all such equipment was provided.