‘The insurance quote was €14,500 per year just for a climbing wall’ 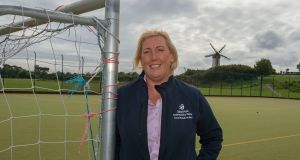 Sharon Guinane has worked for Skerries Community Centre for more than a decade, but over the last few years she feels the centre has become less engaged with the local population.

Ms Guinane, the manager of the centre, said that rising insurance costs and restrictions on certain activities means she can no longer host some community-based events and meetings.

The policy also requires Ms Guinane to install CCTV equipment, reinforce her sheds and insist that any groups seeking to use the centre must have their own personal insurance policy in addition to the centre’s cover.

“It’s taking from the community. Ordinary Joe Soaps don’t go out and get insurance to come in for one thing. If things continue, then more and more, the community centre is only going to be available for organised groups and no longer for the community,” she said.

The centre has had three claims, one of which was dismissed, one of which was recanted and another which is still pending. It hosts a wide range of activities from summer camps and birthday parties to sports club gatherings.

However, restrictions associated with insurance coverage are threatening the viability of the centre and preventing it from expanding, Ms Guinane said.

The organisation can no longer use its bouncy castles, a sought-after activity among those attending the birthday parties it hosts, because the insurer has pulled out of the market.

“We were looking at expanding to try and move with the times. I was looking at getting a climbing wall put in in the back. The quote of insurance was €14,500 per year just for the climbing wall, so I had to say no.”

The facility has an all-weather sports pitch but under the rules of their policy, the centre cannot allow local children to play on it unless they are playing as part of an organised club.

Ms Guinane said she has already had to start turning away people who want to use the building for public meetings and discussions.

“One of the guys I know well rang me yesterday saying ‘Sharon, we’re going to have a public meeting about the trees’. But I can’t give them that room unless I organise the meeting,” she said.

“They just want to have a one-off meeting here, but they haven’t got insurance, they haven’t got anything, and I can’t let them into the building unless they have that. Unless I organise and get involved in all these meetings, then we can’t have them.”

Skerries Community Centre is one of many community-focused organisations that have said securing affordable insurance is a big issue. Many sports groups, scouting groups and volunteering organisations said that spiralling insurance posts could pose a risk to their futures, too.