INTO and Fórsa to recommend members accept new agreement in ballots 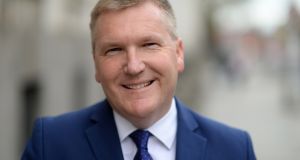 The Teachers’ Union of Ireland (TUI) is to oppose the proposed new public service pay agreement.

The TUI leadership said “the limited measures contained in the proposed agreement will not end the ongoing scandal of pay discrimination for second level teachers employed on or after 1st January 2011.”

It also maintained the proposed new deal and would not address the two-tier pay issue at all for the other recruitment grades in which TUI represented members.

The TUI executive unanimously recommended that members should reject the new public service agreement proposals in a forthcoming ballot.

Meanwhile the executive of the Association of Garda Sergeants and Inspectors (AGSI) on Tuesday unanimously criticised the process that led to the proposed new public service agreement.

It said that promises that there would be parity of esteem between groups affiliated to the Irish Congress of Trade Unions and those outside the body in the negotiations with the Government had not been adhered to. It said it was not part of the group that negotiated the new proposals.

The AGSI did not comment on the content of the deal but is concentrating at present on th process involved in its negotiation.

It said while it was being briefed on the new agreement , its representatives were reading the details in the media.

Earlier on Tuesday the Government and two of the larger public service unions backed the proposed new accord for State employees.

The Cabinet formally approved the proposed €906 million deal on Tuesday while the executive committees of the primary teachers’ union, the INTO, and the largest public service union Fórsa said they would urge members to support the proposals in forthcoming ballots.

Minister for Public Expenditure Michael McGrath said the agreement provided for “affordable pay adjustments weighted toward those on lower incomes”.

He said the proposed agreement also set out a reform agenda which sought to “embed the agility demonstrated during Covid into enhanced public service delivery in the future”.

The Minister said the deal sought to move beyond the era of austerity and “to provide a new basis for managing public pay and industrial relations in a sustainable and balanced way”.

The Public Services Committee of the Irish Congress of Trade Unions said on Tuesday it expected an overall decision on whether unions will ratify or reject the proposed agreement on February 15th. It said individual unions would commence balloting members on the proposals early in the new year.

The overall decision on whether to ratify the proposed new deal will be based on a weighted aggregate of the outcomes of the ballots of its individual affiliate unions.

The chairman of the Public Services Committee, Kevin Callinan, who is also general secretary of Fórsa, said the proposed new deal represented a positive short-term package, negotiated against a difficult background, to build on the momentum of recent pay restoration and public service flexibility and service quality.

He said the proposals were substantially weighted towards lower-income civil and public servants, and had achieved solid progress on the priorities unions had set at the outset of the talks.

Under the new proposals, most public service personnel would receive a 1 per cent pay rise in October 2021 and another in October 2022.

The equivalent of another 1 per cent, €237 million, will be earmarked for sectoral bargaining to deal with awards and claims in particular parts of the public service. Alternatively it could be used to increase pay for all in a particular sector.

The INTO said its central executive committee (CEC) would urge its 42,000 members to back the proposals. It said it welcomed moves in the proposed deal to address lower pay arrangements for more recent entrants to teaching.

“The CEC welcomes the commitment that post-2010 entrants to teaching will skip point 12 of the payscale, thereby ensuring that those who graduated from 2011 to 2014 and who suffered the most from pay inequality, will have no future losses. The additional increment skip begins on March 1st, 2021, for the first cohort who entered the profession nearly 10 years previously and restores the length of the teachers’ salary scale to 24 points. “

“The Central Executive Committee has committed to use the lion’s share of the 1 per cent quantum of primary teachers’ payroll dedicated to sectoral bargaining within the proposed agreement to deliver long-awaited increases in salaries for primary school leaders by February 1st, 2022,” the INTO said.