‘Night mayors’ for towns and cities proposed in FG manifesto 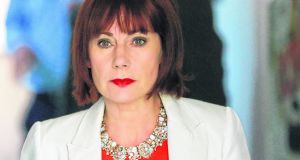 Minister for Culture Josepha Madigan: issue of night mayors has arisen in her meetings with the pubs and clubs sector. Photograph: Nick Bradshaw

New “night mayors” will be established in towns and cities to offer cultural “alternatives and additions” to pubs and clubs, under proposals contained in the Fine Gael local election manifesto.

The move would include consideration of extended licensing hours for serving alcohol, Government figures said. The plan is included in a draft copy of the Fine Gael manifesto for the local elections, which take place on May 24th.

Other major European cities such as Paris, Berlin, Amsterdam and Zurich have “night mayors”, official appointees tasked with, among other issues, liaising between venue owners and the authorities.

The night mayor in Amsterdam, for example, acts as an intermediary between the mayor, city council, business community and residents.

The Fine Gael manifesto has a section on “nightlife and the night-time economy”, which says: “A vibrant and diverse nightlife is an important part of the cultural offering of any urban area. It makes our towns and cities more attractive and interesting places to live and helps attract domestic and international tourists.

“Fine Gael wants to see the establishment of local committees and ‘night mayors’ to advance and improve our night-time entertainment, creative and cultural offerings. Consideration will be given to licensing regulations, venue availability and changes will be balanced with the needs of residential areas.”

The issue of night mayors also arose in recent meetings held between Minister for Culture Josepha Madigan and those involved in the industry. The example of London was cited by Government figures. London mayor Sadiq Khan recently appointed Amy Lamé as the city’s first “night czar”.

Government figures also said a night mayor for Dublin and other Irish towns and cities would focus on improving the cultural offerings by way of “alternatives and additions” to pubs and clubs.

When asked if this would include changes to the licensing laws, one Government source said “all the options” would be examined “including extended opening hours”.

The draft manifesto, which has yet to be signed off by Ministers, also says Fine Gael will launch a “public competition” for proposals on the future use of the Poolbeg chimneys in Dublin, which are still owned by the ESB.

Mr Crosbie met Dublin City manager Owen Keegan and ESB managing director Pat O’Donoghue about situating a lookout, which he believes would become a tourist attraction, near one of Dublin’s best-known landmarks.

When he was minister for transport, tourism and sport, Taoiseach Leo Varadkar expressed concern that the towers were facing possible demolition, and the ESB later said it would carry out maintenance work on the towers and keep them in place.