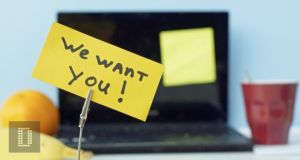 The number of work permits issued to workers from outside the European Economic Area and Switzerland increased in 2014, having been in decline for over a decade.

A total of 5,495 work permits were issued last year, an increase of over 40 per cent when compared with the 2013 figures.

So what industries and companies are benefitting from this influx of workers? What does it tell us about the wider labour market and about skills shortages in certain sectors? And where are Irish companies sourcing theseworkers?

Data from the Department of Jobs, Enterprise and Innovation for the full year 2014 shows that a long-standing skills shortage in the information technology (IT) and health industries continues – over two-thirds of all the work permits issued last year went to one of these sectors.

The IT sector dominated with 42 per cent of the pie: 2,302 work permits were issued to the sector last year almost double that recorded in 2011.

The health sector is the other big benefactor: 1,446 individuals from outside the EEA received health-related work permits last year, which is over a quarter of all permits issued.

Of that figure almost two-thirds (63 per cent) of permits were issued to the HSE, or 908 permits.

This represents an almost 10-fold increase in the number of permits granted to the HSE in 2013. The increase is due to a change implemented in 2011 when, due to an “acute shortage” of medical personnel, the department agreed to a request from the Department of Health and the HSE that non-EEA doctors be facilitated directly by the Minister for Justice without the need for a permit.

The HSE said the majority of HSE work permits had been sought for non-consultant hospital doctors employed from outside the EU, with a smaller number of permits sought for nurses.

The change in policy regarding HSE doctors saw the number of permits issued to the HSE shoot to the top of the chart last year.

However, it is worth noting a further 256 permits were issued to 32 hospitals around the country with Beaumont (33), Tallaght Hospital (32) and St James’ (26) with the highest number of permits issued.

Health aside, the top 20 companies are dominated with IT and technology firms. Google tops the tech permit pile with 234 permits issued.

So where are these workers coming from?

Work permits are issued to individuals from outside the European Economic Area (European Union member states, Iceland, Liechtenstein and Norway) or Switzerland.

Of the 96 countries to which work permits were issued, over half were granted to individuals from India (30 per cent), US (12 per cent) or Pakistan (9 per cent).

Israel and China rounded out the top five at 5 per cent each, with Malaysia and Brazil (3 per cent) and Sudan, the Philippines and Canada making the top 10 with 2 per cent each.

IT and health, unsurprisingly, dominated the overall permits and one of the two sectors accounted for the majority of permits issued to each of the top 10.

Two-thirds of the 1,657 permits issued to Indian nationals were in the IT sector, 1,084 permits in all.

For individuals from the US, 28 per cent of permits issued t were IT-related and there were 195 permits in all.

A further 211 IT permits were issued to individuals from Israel, over three-quarters of the total permits issued there.

Given the high level of permits being issued to IT sector, The Irish Times asked the Department of Jobs why the sector has to look abroad to such an extent.

A spokesman said the employment permit system had always been predicated on the basis that the applicant had skills and experience demonstrated to be in short supply in the State.

He said there was a “recognised ... global shortage of IT skills” but that “significant progress” had been made in increasing enrolments on ICT programmes in recent years.

The spokesman said the ICT Skills Action Plan included a drive to source higher levels of ICT graduates from the Irish education system between now and 2018, with the remaining demand being met by returning Irish graduates and inward migration from both within the EU and non-EU countries.

However, he said the need to maintain a strong ICT talent pool was currently being facilitated through the issue of up to 2,000 employment permits to skilled non-EEA nationals annually to address the shortage.

If you are viewing this in the app, click here to view the data.