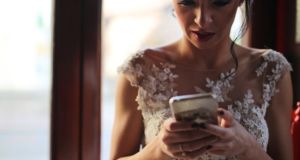 The Northern Ireland Executive said numbers at weddings would be “determined by the venue on a risk-assessed basis, taking account of the individual circumstances of each and adhering to all relevant public health advice and industry guidance.” Photograph: iStock/Getty

The decision, which was agreed at a meeting of the North’s Executive on Monday, is the latest easing of the coronavirus restrictions in the North.

The first minister, Arlene Foster, said on social media that it was “good news for couples waiting to get married.”

Marriage ceremonies and baptisms will be permitted in places of worship, and local government offices and other venues will be allowed to host marriage and civil partnership services.

However it will be up to individual venues to decide on precise opening dates, and to determine if they wish to facilitate post-ceremony celebrations.

The Executive Office said numbers would be “determined by the venue on a risk-assessed basis, taking account of the individual circumstances of each and adhering to all relevant public health advice and industry guidance.”

The move will be confirmed by the Executive on July 9th.

Ms Foster said she was “delighted to say that we are able to announce in relation to weddings and baptisms that they can now go ahead from the 10th of July, in a socially distanced way but inside, taking account of the space available.

“No longer will they be limited in numbers, it depends on the space in the church or indeed in the venue as well,” she said.

Hairdressers, barbers, beauty salons and tattooists in Northern Ireland were among the businesses allowed to reopen their doors on Monday, with queues reported at some premises.

Some of the restrictions around visiting loved ones in hospitals and care homes were also relaxed.

The number of coronavirus-related deaths reported by the Department of Health (DoH) in the North remained at 554 on Monday, after no further fatalities were recorded over the weekend.

As of June 29th, the DoH’s Covid-19 statistics dashboard is no longer updated at weekends.

Nine more cases of coronavirus were confirmed in Northern Ireland over the weekend, out of 2,279 people who were tested. The total number of positive cases since the beginning of the outbreak stands at 5,756.

However industry body Hospitality Ulster said around half of pubs, restaurants and cafes in the North did not reopen at the weekend.

Colin Neill said the hospitality industry in Northern Ireland had “shown it could reopen responsibly”, but without long-term help from government, “regrettably, it is going to be businesses closed and jobs lost.”

How many, he said, would depend on the extent of the support provided.

He also called on the Northern Executive to provide a reopening date for bars and pubs which do not serve food.

Hotels, restaurants and cafes, as well as bars and pubs serving meals and those with outdoor space such as beer gardens were allowed to reopen in the North from Friday provided one metre social distancing is observed.

“At one metre social distancing we’re still not being profitable but we need to get the numbers up to a sustainable level at least, where you’re not losing money,” said Mr Neill. “It’s about getting the whole industry up and showing and demonstrating to the public that it’s safe to come out.”