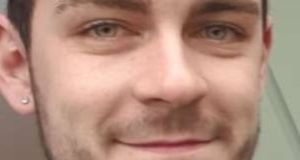 Maurice Robinson grew up in Laurelvale. The 25-year-old was charged with manslaughter on Saturday. Photograph: via Facebook

Northern Ireland has many quiet, country villages; this week Laurelvale was among the quietest.

Set in the Co Armagh countryside south of Portadown, Laurelvale was described to The Irish Times by a resident as “close-knit - the sort of village where everybody knows everybody else.”

When we visited the only activity its streets came from the school pupils gathered outside the village shop; on a grey day, the colour came from the few union flags hanging outside houses, and the large banner reading: ‘Laurelvale supports Soldier F’ - in reference to the former British soldier facing charges of murder and attempted murder in connection with Bloody Sunday in Derry in 1972 - strung across the main street.

“You’ll not get anybody to talk to you,” one resident shouted as this newspaper called to the family home of Maurice (Mo) Robinson, a 25-year-old lorry driver from the town who was charged on Saturday with 39 counts of manslaughter linked to the deaths of migrants in a trailer in Essex.

The bodies of the 31 men and 8 women, were discovered inside the trailer which had just arrived from Belgium, in Grays, Essex, on Wednesday morning.

Mr Robinson is alleged to be the driver of the truck that collected this trailer from the port. Mr Robinson who grew up in Laurelvale, and still lives nearby.

According to his Facebook page the 25-year-old - a former student of the Southern Regional College in Portadown - purchased a new truck earlier this year.

The red and white vehicle features prominently on his page.

There was no answer at the family home when The Irish Times called, and the gates were closed at his own residence, outside nearby Markethill.

A neighbour in Laurelvale, who declined to be identified, described Mr Robinson as an ordinary fella who would help anybody out. “If you need a hand, he’d be the first one to volunteer.”

He knew the family, he explained; “they’re one of the nicest families you could meet.”

They family had, he said, been “hounded” by the media in recent days but emphasised that “locally, everyone is standing by him.”

“Everyone was shocked and horrified,” he said of the Essex deaths. “It’s as if there is a big question mark hanging over Laurelvale.”

Mr Berry said the thoughts of everyone in the village, first and foremost, were with the 39 people who had lost their lives, and said their deaths “have to be investigated with utmost rigour.”

“People appreciate that a police investigation is underway and it must be allowed to take its course,” he said, “but knowing the family, they are lovely people, and I am sorry for them that this has been thrust upon them.

“They weren’t officially informed that their son had been arrested, and they found out after they received messages from people who had seen it on social media, and that was very distressing for them.”

Mr Berry said he had been in contact with the driver’s father, who he knew well and who was well-liked in the village because of his involvement with local sports clubs.