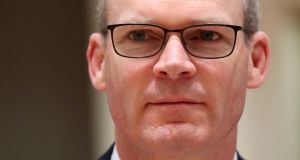 The Government has strongly defended its climate action plan at the first of a series of town hall meetings on climate change amid claims the plan is incompatible with the €115 billion National Development Plan.

Minister for the Enviroment Richard Bruton and Minister for Foreign Affairs Simon Coveney both defended the Govermment’s commitment to delivering on climate change at a meeting in UCC attended by about 150 people.

Former Cork South Central Green Party TD Dan Boyle said people wanted to see more consistency from the Government given it appeared that its commitment to climate change was at odds with many aspects of the National Development Plan.

Mr Boyle, who was recently re-elected a member of Cork City Council after an 18-year absence, asked why should people believe the Government on the issue of climate change given the huge carbon costs associated with its plan.

Mr Bruton pointed out that the Government had allocated more than a quarter of the investment earmarked for the National Development Plan – €30 billion – to sustainable transport, which would help to significantly reduce carbon emissions.

“The National Development Plan is a plan with a vision for a compact, connected and sustainable Ireland that will take profound change in the way we deliver growth and the absorption of one million extra people,” said Mr Bruton.

“You do not tear up your investment plans because of a particular change, you need to integrate this change and we have created carbon budgets so every department will have to think not just of their financial budget, but also of their carbon budget.”

Mr Coveney acknowledged it was Green Party ministers such as John Gormley, Eamon Ryan and Trevor Sargent who first introduced the idea of carbon budgets in the Fianna Fáil/Green Party coalition and the current Government had learned from that.

And he argued that the both the National Planning Framework and the National Development Plan were compatible with achieving green targets. He said for the first time, an Irish Government was planning for 20 years ahead.

“What we are trying to do is move away from the dominance of Dublin to try and achieve compact growth in other cities such as Cork, Galway, Limerick and Waterford that can lead to more sustainable transport infrastructure built around light rail systems.

“We want to try and move away from the madness of 10,000 people getting into their cars in Portlaoise every morning and spending three hours a day commuting – we want a kind of density of urban living that can allow for more sustainable transport system.

He said he was aware there was criticism of the National Development Plan proposals to build more roads, but projects such as the Dunkettle Interchange in Cork were needed to allow the city to become large enough to support more sustainable public transport.

“I know there is some criticism that we should not be spending on new large roads but we need to have a transition – there are projects that are under way for some time and we need to finish them so we have basic road infrastructure so people can move about.”

Mr Bruton also defended the Government against criticism from climate change activist Saoi O’Connor, who said it was difficult to take the Government’s decision to declare a climate crisis and then just a day later give approval for drilling off the Irish coast.

And Ms O’Connor, who was involved in organising student days of action over climate change, accused the Government of not fully appreciating the urgency of the situation by setting 2050 as the target date for zero carbon emissions rather than 2030.

Mr Bruton said that the current Fine Gael/Independent Alliance coalition was the first Government to produce a coherent climate action plan but he pointed that within the EU there was no consensus on when countries should become carbon neutral.

The Government had set out clear targets for every sector of Irish society and every Minister would be held to account by an Oireachtas Climate Action Committee and as well a Climate Action Delivery Board overseen by the Taoiseach, he said.