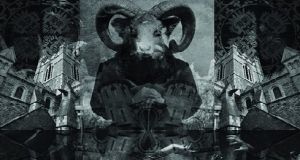 The dean of Christ Church has apologised after a poster was published advertising an event in the cathedral which contained satanic imagery and gay sex.

A poster for a techno event featured a horned goat, frequently used as an image for the devil. It also showed two men having sex in front of an image of the cathedral.

It was advertising the event hosted by Vision Collector,a record label and organiser of dance events both in Ireland and internationally. The event occurred on Friday, October 7th and was held in the crypt at Christ Church.

The dean of Christ Church Cathedral Rev Dermot Dunne issued a statement apologising for the poster.

He described it as “inappropriate” and in breach of the contract that the cathedral has with those who stage events in the crypt.

“In his instance, the organisers did not adhere to the contract and issued the offending poster. The cathedral contacted the organisers to explain their actions.

“The cathedral apologises unreservedly for any offence caused by these events and has committed itself to insuring that this does not happen again.”

Vision Collector founder Alexander Falconer said it was only after the event occurred that complaints were made. The image had been on its website for months previously for anyone to see.

He said it was a “shame” that anybody took offence to a poster which was “meant to inspire, not offend”.

He added: “We are deeply sorry to any one whom this poster may of caused insult, but in a world full of freedom and self expression, there should be no boundaries, and art itself should never cause offence to anyone or any one thing.”

He said the purpose of the original poster was to create something that was “very real, intense, dark and sinister”, taking the work of Hieronymus Bosch as inspiration.

“We gave our graphic designer the freedom to create whatever she felt was appropriate for the event. It is only art and was not designed to offend,” he explained.

“We wanted to bring something new to the building, and make it relatable to a younger generation who may be one step removed from the church. We had no pretence towards the church and carried no stigma from it into the poster.

“The poster depicts everything it means to be human in a world full of judgment and horror. Love and romance of any kind may just prevail, the church could be representing that freedom.”