The business community has overcome its initial shock - now, planning is taking place 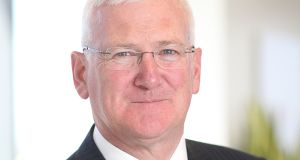 One year on and Brexit still features prominently in a period of unprecedented change. Or so it seems. However, we need to be constantly reminded that Brexit hasn’t happened yet.

It is a journey, one with many twists and turns. It is true to say that there were some impacts on Irish business in the immediate aftermath of the referendum, especially with the fall in the value of sterling.

The business community in Ireland must identify solutions to the problems that Brexit will impose, but seek out opportunities, too.

Firstly, let us take stock. Twelve months ago, business on both sides of the Irish Sea was shocked by the result. Many indigenous Irish businesses that rely heavily on the UK market for exports were particularly fearful.

The prospect of border controls between Ireland and Britain, in particular between the Republic and Northern Ireland, the imposition of customs duties and tariffs and extra business costs all caused concern, so, too, the possibility that free movement between the islands could be affected.

Many Irish businesses are unprepared for Brexit. In the months after the result many of them wards, many sought to learn more. This quest for knowledge was not helped by London’s public declarations. Phrases such as “Brexit means Brexit” are not very informative and serve only to increase the uncertainty.

In the run up to article 50 being triggered by the UK Government on March 29th, it was clear it prioritised the control of immigration over membership of the single market or customs union. Clarity, perhaps, but not helpful to business in Ireland.

This left Irish business with an increasing dilemma, fully committed to membership of the EU, but worried that it could, in fact, mean that many sectors of the economy would be worse off.

This month’s British election has brought some helpful signals that business will be consulted more and need to be more involved in order to better understand the implications. This is important. A good deal for business in the UK is a good deal for Irish business.

For now, it is too early to say what all of this could mean in time, but better communication has to be positive.

Earlier this year, I attended a Brexit conference where there was widespread criticism that, at this crucial time, the Northern Ireland Assembly was not functioning and Northern Ireland was not being represented in the negotiations on Brexit.

Following the election, the DUP is now centre stage. The DUP is pro Brexit but it recognises the importance of an all-island of Ireland economy and it does not want for a hard Border controls. All of that is positive in terms of Brexit.

Detailed planning brings results. One Irish business feared Brexit-induced currency volatility could obliterate its business. However, scenario planning and research led them to discover a a niche opportunity. They now see Brexit as an opportunity.

There are others who could benefit, too. The UK is the largest market for many Irish businesses. Some Irish companies are looking at establishing a base in the UK whether through acquisition or setting up a new operation. In addition, there are Irish companies who are fearful of losing trading relationship with UK suppliers or markets, but, equally, there are UK companies who are fearful that they will lose European suppliers and markets.

Meanwhile, the reality of Brexit can be seen as an opportunity for Irish business to expand into European markets which may not have been considered before now because the UK is so close.

Politicians and business people have identified sectors which could be attracted to Ireland post-Brexit. Prominent among these are opportunities in the financial services, life science, pharmaceuticals, IT and education sectors.

However, it does not need to stop there. Some UK companies who want to continue to trade with EU countries should find establishing a presence in Ireland attractive. This must also present opportunities for strategic alliances and joint ventures. One important factor in all of this is maintenance of the Common Travel Area which has been recognised by the Ireland, the UK and the EU as important to retain.

Brexit brings significant challenges and uncertainties, but it also brings opportunities. Business must plan to cut risks and identify opportunities.

Most businesses in the UK have not accepted the proposition that “No deal is better than a bad deal”. In an Irish context, “No Brexit is better than Brexit” and lead to a more balanced outcome. That argument will not stop Brexit but it could ensure that the voice of business is heard.