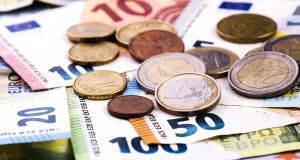 Accommodation and food service is the sector with the highest number of PUP recipients. Photograph: iStock

An additional 61,715 people claimed the PUP last week as businesses continued to shut down as a result of the third wave of the pandemic.

In addition to the payment, there were 189,860 people on the Live Register at the end of December, meaning almost 650,000 workers are receiving some sort of Government-assisted wage payment at present.

Some 120,000 workers have been on the PUP for 10 months and are likely to be on it for more than a year, with little prospect of the lifting of restrictions until March at the earliest.

The cost of PUP this week will be €138 million and the total spent since the start of the pandemic on income supports has now reached €5.3 billion.

The sector with the highest number of people receiving PUP this week is accommodation and food service activities (110,351). This is followed by wholesale and retail trade (73,382) and construction (56,217).

The wholesale and retail sector has seen the number of PUP recipients increase from 65,300 last week to 73,382 this week. This is followed by the manufacturing sector, which has increased by 6,156 to 25,614 recipients in the last week. By contrast, some 5,042 people closed their claim, stating that they are returning to work.

Minister for Social Protection Heather Humphreys said the payments were a “stark reminder” of the impact that Covid-19 is having on individuals and families.

The last time there were so many people on the PUP was last June, when the country began to emerge from the initial period of restrictions.

Self-employed people in receipt of the PUP who are looking to maintain their business can earn up to €960 over an eight-week period while retaining their full PUP entitlement.

Some 10,484 people are in receipt of an enhanced illness benefit payment – up from 6,412 on this day last week. This payment is made to any worker who is displaying symptoms or who are required to self-isolate and are not in receipt of sick pay.

Speaking on RTÉ News at One, Ms Humphreys was questioned as to whethertaxing the PUP was legal.

Ms Humphreys responded by stating that the tax demands were legal as it always intended that PUP would be treated as income by Revenue Commissioners, similar to jobseeker’s allowance.

“Jobseeker’s is liable for income tax if you earn over a certain amount,” she said.

She said any tax on the PUP would be spread out over four years and would amount to €1.50 a week and that more people were due a refund than would pay tax. The average amount of tax outstanding is €350.