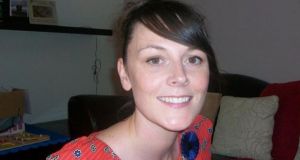 Alison McCormack said she was ‘appalled’ by the news of Vicky Phelan’s misdiagnosis.

A woman whose aggressive form of breast cancer was misdiagnosed in 2010 says she has had no correspondence from the Minister for Health or the Taoiseach since her story was publicised earlier this year.

In a letter posted on Friday and seen by The Irish Times, Alison McCormack accused Simon Harris of failing to adequately address misdiagnoses made by staff in the Health Service Executive and wrote that she was waiting for an apology in writing from the Minister regarding her own misdiagnosis.

Ms McCormack was diagnosed in 2010 with DCIS (ductal carcinoma in situ), a localised form of breast cancer, which she was told could be completely dealt with through surgery.

The procedure was carried out but two years later she discovered a lump in her neck and returned to St James’s Hospital where she was diagnosed with a return of the previous cancer, which had spread to her lymph nodes. This was treated but she was left with health issues including lymphedema which causes severe swelling of her arm.

It emerged at a 2013 meeting with hospital officials that she had being misdiagnosed and that the original cancer was in fact an invasive form of the disease.

Ms McCormack’s solicitor contacted the Minister for Health in June 2017 asking that the HSE conduct a review of the other cases undertaken by the pathologist who misdiagnosed Ms McCormack.

Mr Harris replied to the solicitor in February 2018 that the HSE had found “no evidence of incompetence on behalf of the pathologist involved” and that a review of the other cases undertaken by the pathologist was “not warranted”.

In a letter to Mr Harris dated February 23rd 2018, Ms McCormack’s solicitor noted that the State Claims Agency had conducted an investigation into the care provided and had “admitted negligence on the part of the hospital”.

Ms McCormack, who moved to the UK in July 2016 for healthcare reasons, said she was “appalled” by the news of Vicky Phelan’s misdiagnosis.

“Taoiseach Leo Varadkar apologised to me publicly when questioned in the Dáil the day after my Prime Time appearance,” writes Ms McCormack. “Was this all for the cameras? I have received nothing in writing from Mr Varadkar or yourself apologising for what happened to me at St James’s Hospital.”

The Department of Health failed to respond to a request for comment on this case.

* The headline on this article was changed on April 30th.