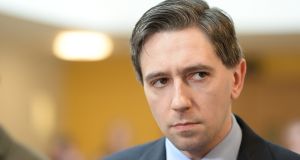 The clinical director of the CervicalCheck screening programme, Dr Gráinne Flannelly, has stood down “with immediate effect” following this week’s controversy over delayed cancer diagnosis linked to smear tests.

In a statement issued by the HSE on Saturday night, Dr Flannelly said she was “sorry that recent events caused distress and worry” to women.

“I have decided to step aside to allow the programme to continue it’s important work,” she said.

The HSE offered its thanks to Dr Flannelly for her work, saying “she has helped to introduce a programme that has saved the lives of countless women in Ireland through screening and early intervention and who would otherwise have died from cervical cancer”.

The HSE also said it was “considered essential” that the remaining members of CervicalCheck’s leadership team remained in situ” while a peer review is carried out. The HSE also expressed confidence in that team to address the current concerns and said the review “will determine any learnings and opportunities for improvement within the CervicalCheck programme”.

Dr Flannelly’s resignation comes after concerns were raised following a court case taken by Limerick woman Vicky Phelan, who was not told about an incorrect 2011 smear test until September 2017, despite a 2014 audit by CervicalCheck showing that the test was wrong.

Ms Phelan, a 43-year-old mother of two, has since been diagnosed with terminal cancer and the court case heard she may have only months to live. She this week settled her High Court action for €2.5 million against a US laboratory over the 2011 smear test.

The Irish Times reported on Saturday that Dr Flannelly had advised a Limerick gynaecologist to file some audited smear test results rather than to tell women in certain cases that all-clear smear tests they had received years earlier were wrong.

She told gynaecologist Dr Kevin Hickey in an email in July 2017 that several women in the mid-west region should not be told about the false negative tests discovered in an audit after he wrote to her to confirm that she felt some women with cervical cancer should not be informed about them. The private correspondence was submitted in the High Court case taken by Ms Phelan.

The records emerged after Dr Flannelly publicly acknowledged that she could not say for sure that all of the 206 women who missed early treatment for cervical cancer had been made aware of the situation.

Minister for Health Simon Harris on Saturday told CervicalCheck to facilitate further smear tests for women whose GPs feel it is necessary. In a statement, he committed to covering the cost of these re-tests.

The National Association of General Practitioners welcomed the call for re-tests, saying “it is extremely important that this is available for any patient who is worried and wants to have repeat test for reassurance.

“We would like to see a review of where smear tests go for testing we have a fully accredited, quality cytology screening system in Ireland, why is testing going to the States?”

Thousands of students yet to apply for calculated Leaving Cert 12:20
All students will not return to school even if social distancing rules are relaxed - McHugh 11:49
‘Obvious gaps’ in oversight of private nursing home sector, HSE chief says 11:37
HSE investigates why some care homes experienced higher death rates 11:05
Parents dealing with more ‘tantrums and outbursts’ during Covid-19 lockdown 10:53