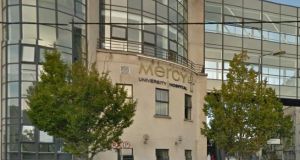 Michael A O’Sullivan, chairman of the Mercy University Hospital in Cork: ‘Don’t believe the facile populist analysis that it is the health sector’s inability to manage budgets that is the reason for overruns each year.’ File image: Google Streetview

Current health service funds are not sufficient to meet the rising demand created by a growing and ageing population, a leading figure in the voluntary hospital sector has warned.

Michael A O’Sullivan, chairman of the Mercy University Hospital in Cork said that health budgets each year were “patently inadequate” to maintain the existing level of health service provision, not to mention trying to reduce the unacceptable waiting lists across the entire country.

“This is demoralising for all involved and breeds lack of confidence in citizens in the health sector’s ability to manage scarce public funds. This is unfair and unhealthy in that it encourages apathy in citizens with regard to healthcare reform.

Mr O’Sullivan was speaking at a dinner to mark the 160th anniversary of the establishment of the Mercy University Hospital, attended by Minister for Health Simon Harris. Mr O’Sullivan said without structural change to health delivery systems the aim of reducing waiting lists was not achievable.

According to figures from the Department of Finance, some €14.6 billion was allocated to the health system in 2017 and this is set to increase by €685 million to almost €15.3 billion in 2018 while the number of people on public hospital waiting lists stood at almost 687,000 in July 2017.

Mr O’Sullivan welcomed the Sláintecare report setting out a 10-year vision for the Irish healthcare system but he warned that it would require extra resources in the early to middle years as well as brave leadership.

“If we don’t get genuine brave leadership and flexibilities from all sides the initiative will fail . . . the status quo is not acceptable ,” he said. “We are failing patients and our staff by our inertia as evidenced by the ongoing stretch situation in our hospitals.”