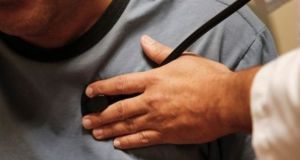 Hospital consultants have called for further clarity on the continuity of care for private patients during the coronavirus pandemic, adding that the “current impasse is untenable”.

The Government has offered full-time private consultants a temporary locum contract to work exclusively in the public health system as part of the fight against coronavirus.

However, the Irish Hospital Consultants’ Association (IHCA) has expressed significant concerns about the proposals. It has urged its members not to sign the new proposed contract pending clarifications being received.

Private consultants believe the proposals could have serious implications for the continuity of care for thousands of their existing private patients.

In a statement on Monday evening, the IHCA said an understanding had been reached between the HSE and the association on April 8th.

This agreement, the association said, provided for both existing private patients and new referrals necessitated by the Covid-19 emergency to be cared for on an agreed basis including the continued operation of consulting rooms.

However, the IHCA said this did not materialise in the written updated draft contract circulated by the HSE on April 10th.

“If this proposed version was to apply, consultants would be liable for costs which would likely exceed their income thereby forcing the closure of consulting rooms needed to provide timely outpatient care,” the statement said.

The IHCA said that full-time private practice consultant members will “voluntarily” continue to deliver urgent inpatient care and continue to provide time-critical essential care from consulting rooms to permit an opportunity for agreement on the proposed contract without further delay.

The association said it remains available to engage and is urging all parties to intensify efforts to come to an agreement.

“The Covid-19 crisis and wider provision of healthcare for all patients deserves no less,” it added.

The Government has already signed a deal with 19 private hospitals which would allow it to effectively take over their 2,000 beds and other facilities for a three-month period to provide it with greater capacity for dealing with the Covid-19 crisis.

Last week it emerged that hospital consultants who treat public patients in private hospitals that have been effectively taken into the public system as part of the Government’s plan to deal with the coronavirus crisis will be covered by the State’s clinical indemnity scheme.