Sugar tax to come into effect next week 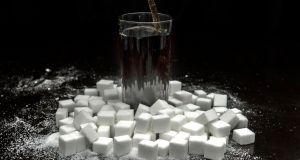 The Government’s new tax on sugar-sweetened drinks will come into effect next Tuesday, May 1st, after the European Commission found that the levy does not constitute State aid.

The tax will see 30 cent per litre added to the price of popular sweetened drinks containing more than 8g of sugar per 100ml.

It will see the price of some popular drinks such as Coke, Pepsi and 7UP rise by as much as 10 cent per can and by 60 cent per 2l bottle.

The measure is designed to help tackle obesity by incentivising consumers to opt for healthier drinks, while also encouraging the industry to reduce added sugar content.

There will be two rates of tax, with the first rate of 20 cent per litre applying to drinks with 5g of sugar or more but with less than 8g per 100ml.

The second rate of 30 cent per litre will apply to liable drinks with 8g or more of added sugar per 100ml.

Pure fruit juices will not be subject to the tax, but once sugar is added to such juices their entire sugar content becomes liable. Dairy products are outside the scope of the tax.

A number of ministers, including Minister for Health Simon Harris, Minister of State for Health Promotion Catherine Byrne, and Minister for Finance Paschal Donohoe, welcomed the European Commission finding.

“Ireland has engaged in extensive and constructive discussions with, and submitted a formal notification to, the European Commission to ensure that, once commenced, the sugar-sweetened drinks tax does not infringe EU state aid law. With today’s announcement, that process is complete and the tax can commence on May 1st, 2018,” they said in a statement.

“With one in four children on the island of Ireland either overweight or obese, this tax is one of a range of measures that can help change parents’ and children’s behaviour,” Mr Harris said.

The tax is estimated to yield in the region of €40 million in a year. However, it is expected that as industry reformulates and consumers opt for healthier choices, that figure will reduce over time.