Shortfall in school funding can damage a child’s future 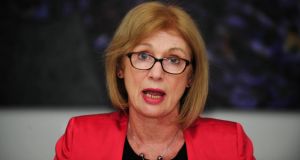 Minister for Education and Skills Jan O’Sullivan, who lives not far from Corpus Christi school. Inevitably, it is schools in the most disadvantaged areas – those with the least ability to drum up support from the local community – who stand to suffer most. Photograph: Aidan Crawley

Cake sales, raffles, bag-packing and “voluntary” contributions: schools are no strangers to rattling the can to make up the shortfall in running costs. But against a backdrop of cuts to special needs supports and falling capitation funding, many schools are increasingly reliant on fundraising to plug key gaps in the curriculum and – in extreme cases – basic teaching posts.

Inevitably, it is schools in the most disadvantaged areas – those with the least ability to drum up support from the local community – who stand to suffer most.

The eye-catching appeal by the parish priest of Moyross on Sunday to churches to donate gold and religious vessels to help pay for an important teaching post might have had the feel of a publicity gimmick, but at the local Corpus Christi primary school, the issue is serious: it faces losing a vital teaching post after missing out on a pupil-teacher ratio which would result in a merged class of 32 junior infants.

This is a school where many children are already lagging well behind their peers in other schools. Grinding poverty and, in some cases, chaotic homes mean many have a mountain to climb before they even enter the door of a school. But catch up they can: studies show that high-quality tuition, smaller classes and support in schools can yield major dividends.

At Moyross, for example, early intervention programmes have helped to bridge pupils’ gap with their peers in other schools by first class. Funding shortages for crucial teaching posts are not confined to deprived schools. Many primary and secondary schools are using privately raised money to continue offering special needs supports as well as subjects vital to children’s development.

Cuts to special needs support of 15 per cent as a result of austerity and capitation fee reductions of up to 11 per cent mean lots of schools feel cut to the bone.

An ESRI report last year showed 12 per cent of income in voluntary secondary schools comes from parental contributions. Most goes on basic expenses but school managerial authorities say it is often used to hire staff to plug important gaps. “Schools have no choice,” says Ferdia Kelly, general secretary of the Joint Managerial Body. “This isn’t fundraising out of choice – this is fundraising out of necessity”.

Pat O’Mahony, education research officer at the Irish Vocational Education Association, said a failure on the part of schools to meet funding shortfalls will impact on pupils. “If we’re genuine about education reform, improving outcomes for students and meeting the needs of children with special needs, we have to improve resourcing for schools.”