Employers to have key say on allocation of education funding 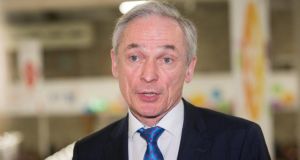 Prior to the last budget, the then minister for education Richard Bruton requested actions to secure “greater employer engagement and to strengthen governance and oversight” of the National Training Fund. Photograph: Gareth Chaney/Collins

Employers and big business will have a key say in where hundreds of millions of euro in education investment will go over the coming years, according to internal Government documents.

Records of meetings to discuss the plan show a key condition of the funding is an “oversight arrangement” that will ensure employers have a greater role in how the funding in spent.

The move will be controversial in education circles, where some academics believe higher education should have autonomy to decide where investment is spent for the public good.

Academics such as Kathleen Lynch, professor of equality studies at UCD, have criticised the growing influence of commercial interests within higher education at a time when State funding has been falling.

However, industry sources say employers and the education sector share the same ambitions of producing highly-skilled and flexible graduates.

The ring-fenced €300 million fund will be drawn from a large surplus which has accumulated in the National Training Fund, which is resourced from the PRSI levy on employers.

Records released under the Freedom of Information Act state that prior to the last budget, the then minister for education Richard Bruton specifically requested actions to secure “greater employer engagement and to strengthen governance and oversight of the fund”.

This new oversight arrangement will “facilitate employers having a greater say in the strategic direction of the fund”, it adds.

Much of the funding is likely to go towards competitive funding calls to meet skills gaps.

This model is currently used in areas such as Springboard, where colleges compete against each other to provide courses in key areas.

As well as providing new courses for school-leavers, a big focus is likely to be on upskilling for those currently in the workplace.

Records show key broad aims of the fund will include:

• Responding to Brexit and other challenges;

• Giving employers a greater role in determining the strategic direction of the fund.

The records also indicate that the Department of Public Expenditure was broadly supportive of the move.

However, it said its support was conditional on funding not going to areas which will lead to unmet and recurrent commitments to the exchequer.

In addition, it said investment would need to be targeted, specific and time-bound and not absorbed into the broader base of ongoing expenditure.

It also agreed that employers should have a greater say in shaping policy on where the funding is spent.

“We all see that we need to prepare for a world where people have multiple career changes due to the pace of change and disruption of business models.”