Should we legalise or decriminalise cannabis?

‘As a psychiatrist, I see the clear negative effects of cannabis on mental health every single week in my clinical work’ 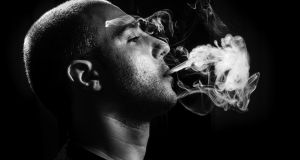 From the point of view of mental health, cannabis increases risk of anxiety, depression and severe mental illness, such as schizophrenia and bipolar disorder (manic depression)

The recent report from the Oireachtas Justice Committee on the proposed decriminalisation of certain drug use is timely and important (“Minor drug use ‘should not be criminalised’”, November 5th).

The committee recommended that possession of small amounts of illegal drugs, such as cannabis, for personal use should not be dealt with through the criminal justice system, and small-scale users should be treated with compassion.

The development of a more nuanced approach to low-level drug use is welcome. There are, however, two key questions about cannabis in particular, and it is critical that the two are not conflated. First, can cannabis affect mental health? Second, should cannabis be decriminalised, legalised or have its legal status changed in any other way? The two questions are linked but they are also separate in certain important ways. Confusing the two questions simply confuses the debate.

From the point of view of mental health, cannabis increases risk of anxiety, depression and severe mental illness, such as schizophrenia and bipolar disorder (manic depression). Some people with early symptoms of mental illness use cannabis in an attempt to self-medicate, but, even taking this into account, cannabis still increases risk. These effects are dose-related: the more cannabis a person uses, the greater the risk.

Like all drugs, cannabis does not affect everyone equally but this does not alter the systematic risks it poses – just as the fact that someone who smokes 40 cigarettes daily may live to age 90 doesn’t change the fact that tobacco increases risk of cancer.

The fact that decriminalisation or legalisation of cannabis in certain jurisdictions may not result in a detectable upswing in severe mental illness does not affect the link between cannabis and mental ill-health in the slightest: it simply indicates the ubiquity of cannabis use in many countries (including Ireland) even when it is illegal. Nor does the accepted use of cannabis for some very specific medicinal purposes alter the mountain of evidence that cannabis is systematically bad for mental health.

The answer to the second question, whether or not cannabis should be decriminalised, legalised or have its legal status changed in any other way, is considerably less clear-cut. Policy about other harmful substances provides limited and generally contradictory guidance: certain extremely harmful substances are legal (eg tobacco), while others are illegal (eg heroin). Experiences with banning alcohol have been mixed at best.

The fact that a substance is bad for one’s health does not necessarily mean it should be illegal, but it does mean policy steps should be taken to minimise harm caused. These steps invariably include public education and often also involve some form of regulation, possibly to the point of making the substance illegal. But these steps only make sense if they can be shown to reduce harm. These are complex decisions to be taken by health planners, policymakers and, ultimately, politicians, with advice from relevant stakeholders.

It is imperative that the clear epidemiological evidence linking cannabis with mental illness forms part of the Government’s deliberations. Robust steps should be taken to educate people about the mental health risks associated with the drug. Mental health is extremely valuable and, based on my clinical experience, I would advise anyone against rolling the dice by using cannabis.

The issues of decriminalisation and legalisation, however, relate not just to medical evidence, but also to other issues, such as the opportunity costs of devoting scarce Garda and criminal justice resources to relatively low-level offenders, with very little yield in terms of convictions, deterrence, rehabilitation or setting users on a path to mental wellbeing.

It may well be the case that these resources could be used in other, more effective ways to address the harm caused by cannabis.

Equally importantly, the question of decriminalisation or legalisation relates to issues of civil liberties, individual responsibility, and the kind of society we want to live in. Crucially, there is an important, complicated balance to be achieved between respecting individual liberty and pursuing legitimate public health concerns; ie curtailing activities which impact adversely on society, or place the health and wellbeing of children, the vulnerable or others at risk.

It is likely that reducing harm associated with different drugs requires different combinations of education and regulation. Whatever is decided about cannabis, this is neither the time nor the place for ideology. The key is that any proposed measures are pragmatic, subject to careful evaluation, and demonstrated to reduce harm.

Brendan Kelly is Professor of Psychiatry at Trinity College Dublin and author of Dignity, Mental Health and Human Rights (Ashgate, 2015).