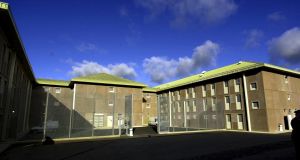 At the time, prison staff and the Prison Officers Association expressed concerns about how the event might impact efforts to keep the prison system free of Covid-19. Photograph: Bryan O’Brien

The Irish Prison Service (IPS) has appointed an outside agency to investigate a prison governor’s retirement gathering which took place near the height of the Covid-19 pandemic.

The lunchtime event – which was attended by about 30 people including senior staff from several prisons – was held to mark the retirement of Midlands Governor Ethel Gavin who was then the second most senior officer in the IPS.

It was held in the canteen of the Midlands Prison in Portlaoise on March 27th, the same day a complete ban on prison visits was announced.

At the time, prison staff and the Prison Officers Association (POA) expressed concerns about how the event might impact efforts to keep the prison system free of Covid-19.

There were also concerns an outbreak could lead to a large proportion of the IPS management structure being out sick or in isolation at the same time.

The IPS has since received a protected disclosure about several issues related to the management of the Midlands Prison, including the event.

This complaint has been assessed as admissible and passed onto the professional consultancy firm Mazars for an independent investigation.

The IPS declined to comment on the protected disclosure. It said the “Director General gave clear instruction” to Ms Gavin that “any large gathering, or large assembly of staff, to mark her retirement . . . was not permissible.”

It is understood the original plan was for 85 people to attend the event but that this was reduced due to the worsening public health situation.

In attendance were representatives from IPS headquarters in Longford, as well as some staff from the Midlands, Portlaoise and Castlerea prisons. Two bagpipers from the IPS band also travelled to “pipe out” Ms Gavin from the prison grounds as part of the traditional retirement ceremony.

Ms Gavin denied the event was “a party” or a “large gathering” and said everyone had permission to be there. She said the only non-IPS staff there was her son. She said she broke no rules and social distancing was complied with during the event.

Ms Gavin suggested she was being unfairly targeted in circumstances where the senior male IPS staff have also held retirement events recently without controversy.

The Irish Times has learned that then minister for justice Charlie Flanagan was made aware of the planned event by a concerned ex-prison officer three days before it was due to take place. He assured the ex-officer “there will be no party”.

Mr Flanagan later came back and said he had been told no “party” took place and that Governor Gavin was merely “clapped out” by her colleagues as he left the prison.