Pensioner perishes after fire in hospital on Christmas Eve

Blaze contained to one room on ward at St Luke’s Hospital in Rathgar, south Dublin 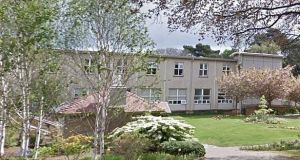 An elderly patient has died following a fire in St Luke’s Hospital in Rathgar, that broke out in a ward on Christmas Eve.

The fire started at 5:30am on Monday and was contained to one room on a ward in the south Dublin hospital. Five people were injured, and three were transferred to St James’s Hospital, while two were taken to St Vincent’s hospital for treatment. The fire started in a transitional care unit ward.

An elderly patient in his 80s who was seriously injured in the fire died from his injuries at St James’s.

St Luke’s said “the hospital would like to extend its sincere sympathies to the family”, following the tragic death of the patient.

“The incident will be investigated by the hospital and the relevant authorities,” the statement noted. The unit where the fire broke out remains open and patients have been moved elsewhere on the ward.

A Garda spokeswoman said the scene had been preserved for a technical examination by experts. However, “the incident is not believed to be suspicious at this time”, said the spokeswoman.

The Health Information and Quality Authority has also been informed of the incident.