Two suspects released without charge after questioning over Loughlinstown murder 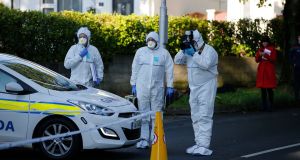 Gardaí believe a feud between two groups of men in south Co Dublin was at the centre of the stabbing murder of Derek Reddin in Loughlinstown. Photograph: Nick Bradshaw/The Irish Times. 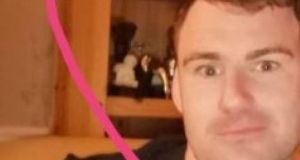 Derek Reddin, who had a history of violence but was not involved in organised crime, had clashed with men known to him several times in recent weeks.

Gardaí believe a feud between two groups of men in south Co Dublin was at the centre of the stabbing murder of Derek Reddin.

Two suspects who were being questioned about the fatal attack on the father of two were on released without charge on Wednesday. Investigations into the killing are ongoing and a file on the case is being prepared for the Director of Public Prosecutions.

Detectives believe Reddin (31) was spotted out socialising on Monday night and deliberately targeted rather than it begin a spur of the moment encounter that escalated.

The dead man, who had a history of violence but was not involved in organised crime, had clashed with men known to him several times in recent weeks. One line of inquiry being explored is that the men he was at odds with blamed him for a recent attack in which a man was injured.

The dispute that Reddin and a number of his associates were involved in appears to have started at a recent birthday party, during which they clashed with another group.

Gardaí have not ruled out the possibility that the groups were at odds before that incident, but that disturbance appears to be the first solid evidence of strong conflict.

Reddin, of Watson Drive, Killiney, died after being stabbed at around midnight on Monday on Loughlinstown Drive, Loughlinstown.

Gardaí believe at least two men he was at odds with spotted him after he was out socialising and stepped off Loughlinstown Drive into bushes near the junction with Cherry Court to lay in wait for him and the man he was with. They then ambushed the two men and Reddin was stabbed during the altercation.

He was pronounced dead at the spot where he was attacked and two men, including the man suspected of killing Reddin, were arrested a short time later.

The two, aged in their 30s, were questioned at Shankill Garda station before being released.

Reddin worked as a volunteer for the group You’re Not Alone, which assists people sleeping on the streets of Dublin. The group said in a statement that it was deeply saddened to hear of his killing.

Reddin was previously jailed for three months for lashing out at and assaulting gardaí who had called to his house to arrest him. He had asked the officers to return an hour later because he did not want to be arrested in front of his children and became violent when they declined.

During a sentencing hearing at Dún Laoghaire District Court over that September 2015 incident, the court heard that Reddin was enrolled in a horticulture course and had no drink or drug problems.

He was also given a two-year suspended sentence after a violent disorder conviction when he was in his late 20s.