Charlie Flanagan says he expects trial will ‘move towards a conclusion’ 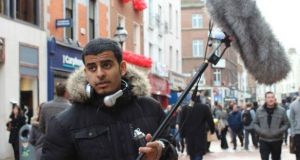 A file image of Ibrahim Halawa (21), from Firhouse in Dublin, who has been in prison in Egypt since August 2013

Seven police officers gave evidence at the trial of Irishman Ibrahim Halawa in Egypt on Wednesday before the case was adjourned for two weeks.

Lawyers questioned and cross-examined the officers on the events of August 16th 2013, when Mr Halawa and hundreds of others were arrested at the Al Fateh grand mosque and Ramses Square in Cairo during protests against the ousting of then president Mohamed Morsi.

It is understood the officers were asked whether they could identify any of the 494 defendants, most of whom were in court on Wednesday, but each responded that they could not. Mr Halawa was not referred to by any of the witnesses, it is understood, and having heard from all the listed witnesses for the day, the court adjourned until May 9th.

Mr Halawa, 21, from Firhouse in south Dublin, has been in jail in Cairo for 3½ years. Proceedings at the mass trial have been repeatedly adjourned, but since January the three-judge court has heard from 44 witnesses, most of them police officers.

“The relatively short adjournment period and the progress in recent hearings in terms of witness testimony are indications of momentum in the trial process, which is to be welcomed after a very difficult and frustrating period of over three years,” the Minister for Foreign Affairs, Charlie Flanagan, said in a statement. It was his expectation that the trial would now “move towards a conclusion”, he added.

Amnesty International Ireland said it was not clear if the court considered a request made at the last hearing for Mr Halawa’s release on humanitarian grounds. Executive director Colm O’Gorman said Amnesty was gravely concerned for his physical and mental health. “We reiterate our call on the Egyptian authorities to drop all charges against him and for his immediate and unconditional release. We also urge the Irish Government to continue working on his behalf and to use every means at their disposal to secure his release,” he said.

Mr Halawa and three of his sisters were arrested on August 16th, 2013, amid clashes at Ramses Square and the Al Fateh mosque in Cairo.

In January, a number of police officers were asked in court if they could identify any protesters from Ramses Square that day, but it is understood that in nearly all cases the officers said they could not. One officer identified a defendant whose name appears in a technical review of video evidence previously presented to the court. Mr Halawa was not mentioned.

Also in January, a delegation of eight TDs visited Mr Halawa in prison, where he protested his innocence and said he wanted to come home to Ireland. Mr Halawa told the politicians he had been beaten, dragged and on occasion put in solitary confinement for complaining about poor conditions. He said that at times he refused food out of a sense of desperation.

At a separate meeting, Egyptian president Abdul Fattah al-Sisi told the TDs he would intervene to ensure Mr Halawa was released and returned to Ireland when his trial concluded, according to a number of those who attended.

The three Halawa sisters were held at a women’s prison for three months before they were released on bail and returned to Ireland in November 2013.