In an action against governor of Wheatfield, he claimed 23-hour lock up regime was in breach of his constitutional rights 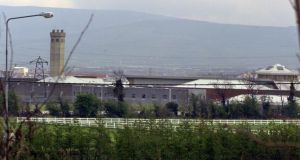 A gay prisoner who sought protective custody because he feared he would be subjected to homophobic victmisation has lost a High Court bid to be released from that custody, which involves him being locked up 23 hours a day.

The prisoner, aged in his early 20s, is serving a 5½-year term for assault causing serious harm and is due for release at the end of this year.

In an action against the governor of Wheatfield Prison, where he is currently being held, he claimed that, while he required protective custody, the 23-hour lock up regime was in breach of his constitutional rights and he should be released from it.

Yesterday, Mr Justice Gerard Hogan ruled the circumstances of his detention did not violate the substance of the guarantee of personal integrity under article 40.3.2 of the Constitution.

Even if he had been denied effective access to human contact for 23 out of 24 hours for nearly three months, and even if that was at his own request, the judge said he had no doubt his situation would be reviewed the longer it went on.

The authorities would also be on guard for signs of psychological or psychiatric distress, he said.

If such conditions were to continue indefinitely, the point might well come where his constitutional guarantees would be violated, the judge said.

However, he said, it would be premature to anticipate what might materialise.