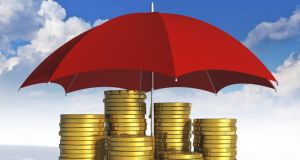 New consumer legislation designed to remove “vicious devices and traps for the unwary” from insurance contracts has been recommended by the Law Reform Commission.

In a report published today, the commission recommends warranties should be abolished from insurance contracts, changes should be made to the duty of disclosure and there should be proportionate remedies for innocent or negligent mistakes by consumers.

The aim of the Report on Consumer Insurance Contracts, part of the commission’s third programme of law reform, is to “reform and rebalance” the duties of insurers and consumers, including small businesses, the commission has said.

The commission president, retired High Court judge Mr Justice John Quirke, told The Irish Times it was “ridiculous” that an insurance company could refuse to pay out household insurance after a fire on the basis, for example, that the householder did not have a burglar alarm.

“A number of English courts have described warranties as ‘vicious devices and traps for the unwary’; they are not very popular in the courts,” Mr Justice Quirke said.

He said insurance contract law caused problems for consumers mainly because most laws had their origins in the 16th and 17th centuries, when sailing ships were crossing the Atlantic and the contents were being insured.

They were “hammered out between people who had equal bargaining powers”, he said.

But in modern times, contracts are between multinational conglomerates and ordinary people, and there are not equal bargaining rights or bargaining capacities.

“We want to ensure these problems don’t cause injustice,” Mr Justice Quirke said.

The commission makes 105 recommendations, including changes to the law on disclosure, which dates back to 1776.

It imposes a duty on a consumer to disclose information that a hypothetical “prudent insurer” might rely on in deciding whether to insure that consumer.

If it is not disclosed, the insurer can refuse to pay a claim.

Mr Justice Quirke said the obligation of identifying this information should be placed on the insurer, and there should also be proportionate remedies for consumers if they fail to disclose.

“There can be an absolutely innocent failure to disclose something and if that is the case, then instead of the insurer being able to refuse completely to honour the agreement, the misrepresentation should be examined and investigated to discover whether it is innocent, negligent or fraudulent,” he said.

“If it is fraudulent, the contract should be voided completely, but if it is innocent or negligent, the insurer shouldn’t be allowed to just simply walk away and say we won’t cover this; they should be required to apply proportionate remedies for the consumer.”

The commission also recommends the abolition of a requirement of a consumer to have an “insurable interest” in what is being insured, which dates back to 1774, when gambling was disapproved of and people took out insurance policies on, for example, the life of King George III.

Mr Justice Quirke said that nowadays it referred to situations where, for example, a son or daughter took out a policy on their father’s home when the father was unable to.

The insurance company could accept the payment for such a policy. However, if a claim is made, the company may say the son or daughter has no “insurable interest” in the house and they can refuse to pay.

This could benefit, for example, a person injured at work when the employer had an insurance policy, but where the business has since gone into liquidation.

The commission has included a proposed draft Consumer Insurance Contracts Bill in its report, which will be published this evening by Mr Justice Ronan Keane.