Walk for the Weekend: Battle of the Boyne, Co Louth 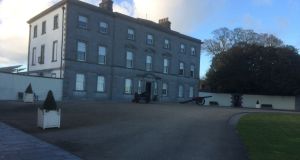 About 30 years ago, I journeyed with low expectation to the Battle of the Boyne site and returned disappointed. There was almost nothing to suggest where or how the battle unfolded. This wasn’t surprising since the Orange Order had, for centuries, proclaimed the outcome a great victory.

By a country mile it was the most significant battle fought on Irish soil, yet the whole event probably seemed a huge embarrassment to the fledging Irish Government during the 20th century, until the Belfast Agreement triggered change. The Oldbridge Estate, where most of the fighting took place, was acquired by the nation and an interpretive centre installed.

To ascertain the current state of play, I belatedly revisited the battleground. Certainly, Oldbridge House, which contains the exhibition, is an impressive Georgian edifice offering a re-enactment audio-visual. My objective was, however, to get up close and personal with the conflict and soon I was rambling jauntily towards Oldbridge Village where the fiercest fighting in Ireland’s most important ever battle took place.

The village is no more, but it was here William’s army forded the river and gained a foothold on the south bank, but at cost: his second-in-command, the Duke of Schomberg, died with a simple stone reputedly immortalising where he fell.

Onwards then towards the high point of Groggins Field, where the Jacobites made camp with panoramic views over the battlefield. Here, it was easy to appreciate how William outfoxed James: sending a diversionary force west to cross the Boyne at Rosnaree, thus drawing the majority of the Jacobites away from the main attack at Oldbridge.

Where history was altered

Returning by the Greenhills Walk, I descended to the Boyne. Here, the river was canalised in the 18th century to allow transport to and from Navan. The battle preceded the canal, of course, yet walking in evening quietude along the towpath it is clear that the river forms a considerable geographic barrier and it seems James really should have made a better fist of defending it.

He didn’t and history was altered. Crossing a footbridge to the other side, I pass where the main Williamite army forded the river. Here, I recall a loyalist mural in Belfast showing a heroic William astride an immaculate white charger emerging from the Boyne. Peering into the opaque, muddy waters, it seems indubitable that even had William entered on a white steed, he would have exited atop a very brown animal indeed. More so than any other, perhaps, this battle is portrayed in simplified terms particularly by loyalists: Protestant William fought his papist, father-in-law James to prevent Rome rule. In the double-dealing world of 17th century politics, the reality was more complex. The Pope, fearing a French conquest of Europe, was actually on William’s side. But such is the way of history - everyone takes what they want from it.

Whatever the political nuances, the day was Williams. Caught in a pincer movement, the Jacobites retreated with James reputedly much to the fore. Two days later William took Dublin and the Protestant ascendancy was assured.

Then, I recall from somewhere, that on the day before the battle, William came to survey this ford and was wounded by Jacobite artillery. On my ramble back to Oldbridge House I can’t help wondering how different would history have been if the gunner has been a tinchy bit more accurate.

Getting there: Leave the M1 at Junction 10. Follow signs for Slane and then left for the Battle of the Boyne site.