Dublin now connected to 195 cities around the world

Ireland gets off to a flying start for summer 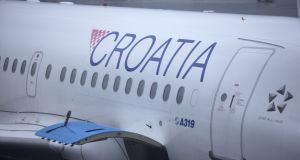 From the very north west of the USA to the very far east of China, Dublin Airport will be operating to 195 airports, in 42 counties on 56 airlines this summer. This week saw the launch of the first service to Zagreb, Croatia from Dublin. The twice weekly service on Thursday and Sunday will allow for short breaks and business trips to the Croatian capital.

Also opening next month will be the first ever service to China direct from Dublin. Cathay Pacific will fly to Hong Kong four times a week. Hainan Airways will also begin flights to Beijing in June four times per week.

Overall Dublin Airport will have 14 new routes this summer including Icelandair to Reykjavik. Air Canada will begin a new route to Montreal .

The number of seats to North America will increase by 14 per cent. Aer Lingus begin two new Transatlantic flights to Philadelphia and Seattle, amounting to 2.75 million seats in 64 flights per day to North America. The airport is expecting over 21 million passengers this year.

Capacity on European routes will grow by eight per cent and one million extra seats. Ryanair began routes to Marrakesh and Paphos in Cyprus. Nine new routes to Europe will see Antalya and Dalaman in Turkey return and Frankfurt and Luxembourg added to the network

In Cork the big excitement this year is the service to Paris by Air France. The service by Norwegian to Providence Rhode Island will continue with a reduced service during the winter.

In Shannon, Norwegian have announced they will fly daily year- round to Stewart International.

The news from Aer Lingus that they will continue the Shannon to New York service year-round was welcomed by business in the Midwest. Shannon will also have a new service to Barcelona and increased services to Bristol and Liverpool.

In Ireland West Airport Knock, people are delighted with the TUI weekly service to Palma Mallorca and it is selling very well.

In Belfast International new routes will operate to Valencia, Naples and the Isle of Man by Easyjet. From Belfast city airport, Ryanair will be operating 14 new routes including a daily Manchester service. Kerry will build on its German strength with a twice weekly flight to Berlin with Ryanair.