Time of my life: ‘The moment I knew I was a filmmaker’ 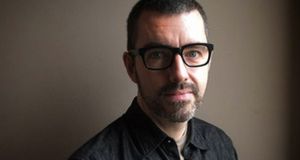 Irish filmmaker Paul Rowley says ‘Don’t Look Now’ gave him his “first glimpse not only of the incredible power of cinema, but of our ability to understand the pain of others”.

The blind woman collapses on the hotel bed screaming, eyes bulge white in terror – “Please, let him not go! Fetch him back!”

Cut to: Blanchardstown. 1970s patterned carpet, living room door shut tight against draughts, the yellow couch I wish we still had. Pull back to reveal the six-channel Ferguson TV that a 10-year-old me is kneeling in front of spellbound, clutching pearls.

The face belongs to a woman named Heather, or, as I find out later, Hilary. Hilary Mason. Her character, a blind psychic, is visiting Venice in winter, when tourists have abandoned the city and a murderer stalks the streets.

The film is Nicolas Roeg’s Don’t Look Now. Donald Sutherland and Julie Christie play an English couple grieving the death of their daughter. Sutherland’s John Baxter is in Venice to restore a crumbling church – a futile mission to rebuild history, much like his attempts to return his daughter to life, a folly that ultimately leads to the film’s devastating conclusion.

This scene that I land on accidentally was my first sudden piercing of reality. Everything changed. It was so shocking in its violent immediacy – a powerful seizing of time by the throat, like the red rush of ink or blood that forces itself across Baxter’s slide. His head jerks up, suddenly knowing something that one second before he could never have imagined possible.

I get my first glimpse not only of the incredible power of cinema, but of our ability to understand the pain of others. The moment when I first became a filmmaker.

The scene still haunts me and drives me. And more to follow – my 10th birthday waking up to the Stardust fire. A man in Beijing defiant in front of a moving tank. The Pulse massacre.

Seeing horror. The drive to stop it, and to save. We cannot un-see what we have seen. Because once we have seen, we must choose; to watch, or to turn a blind eye. Don’t Look Now – you won’t like what you see.

A radical empathy compels us as filmmakers. It has led me to make films such as Seaview with asylum seekers in Mosney, or The Red Tree, which excavates the buried history of Mussolini’s torturous prison island for gay men.

In 2006 on my only trip to Venice, I visited every location in the film, shadowing Chris Marker’s obsessive drive around San Francisco stalking Kim Novak’s character in Vertigo.

The crumbling Italian church. The deluxe hotel suite – the location for the controversial sex scene, which turned out to be way more radical for its disregard for the linearity of time than it was for any sexual content.

I stand in the gilded bathroom with its infinity mirrors looking forwards and backwards through time. Lives, fictional and real, blur. Each reflection an isolated possible moment, a kaleidoscopic stuttering of events.

And I choose to keep watching, to translate horror and empathy into film. Or, as an early version of the film poster states, to “Pass The Warning”.

Paul Rowley is an Irish film-maker living in Brooklyn. This One’s For The Ladies, which he shot and produced, will premiere at the SXSW festival this March.

The Time of My Life is a weekly column about a moment that changed someone’s life – for the better or the worse. Do you want to share your Time of My Life story? Email magazine@irishtimes.com with “Time of My Life” in the subject line