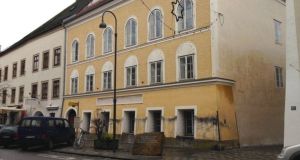 Following years of concern and speculation, the Austrian parliament has just passed a low allowing it to seize the house where Adolf Hitler was born. The current owner, who never allowed renovations to the property, will be compensated.

The house, in the town of Braunau am Inn, attracts Neo-Nazi groups on macabre “adoration” visits and there were fears that the property could have been sold to Nazi sympathisers.

Properties with an infamous/notorious past attract a heightened form of interest. Just last week it became headline news when the house where Josef Fritzl kept his daughter captive for 24 years and fathered seven children with her was sold to the owner of a strip club.

The property - 70 miles west of Vienna - was sold for €160,000; the new owner says he will convert the house into apartments so he can “bring down the curtain” on the property’s grisly past.

Eerily, people have a huge interest in queuing up to view properties where despicable crimes have taken place. But homes tainted by murder usually go at a discount of up to 25 per cent and typically take longer to sell.

In certain jurisdictions, the seller is legally obliged to inform potential buyers that the property is “stigmatised”. In California for example, if a murder has occurred on the property you legally have to tell buyers of this fact for a period of three years after the date of the murder. But the law varies widely on this stipulation.

In the early 2000s, an English couple, Alan and Susan Sykes were watching a TV programme one night when they found out the house they were now living in had been the scene of a horrific murder 20 years previously when a man butchered his 13 year old adopted daughter and hid her body parts around the house.

So distressed were the couple to find this out from a TV programme that they went to court, arguing that the seller had been dishonest when they answered “No” to a questionnaire that asked “Is there any information which you think the buyer might have a right to know”. But the judge, while sympathetic to them, ruled that the law didn’t oblige vendors to disclose a property’s history.

In certain atrocious cases, the authorities are quick to act. The house in Gloucester, England where Fred and Rosemary West tortured and murdered young women was bought by Gloucester City Council for £40,000 in 1996 and immediately demolished.

The Council had learnt that while the house was vacant but still standing, ghoulish souvenir hunters were removing whatever they could. Hence the property being razed to the ground.

The flip side to these houses of horrors is when stigmatized properties are replaced by “enhanced” properties - the added value that a celebrity connection brings to a house on the market. And it can be bewilderingly colossal at times.

The owners of Donald Trump’s childhood home in Queens, New York were looking for $1.2 million for the property back in October. But as the polling figures got tighter coming up to November’s election, they decided to take it off the market and wait and see.

Experts say that following Trump’s win, the property will now go at 10 times the October asking price when it goes to auction over the next few weeks due to it becoming a “Trophy home”.

Realtor. com magazine has refined the premium on the homes of the famous to the extent where they now can put a “Celebrity Percentage Increase” on homes - this is how much more you are paying in comparison to neighbouring houses of similar size.

When they released their figures in August of this year, there were some surprises: they found that the childhood home of Angelina Jolie in Palisades, New York had a last listed price of $1,895,000 where the comparable median price in the same area was $1,110, 000 - a Celebrity Premium of 71 per cent. The prices being asked in this niche market are often ridiculous: the Aberdeen, Washington State childhood home of Kurt Cobain hit the market in 2013 for an extraordinary $500,000 (similar homes in the neighbourhood sell for about $70,000).

“This is a once in a lifetime opportunity to own a piece of rock history” read the listing. With little interest the asking price was first slashed to $400,000 and then down to $329,000. The estimate given now on the address is $174,495.

But buyer beware with celebrity homes - when Dubliner Tom Ryan bought Bono’s childhood home in Cedarwood Road, Glasnevin in 1986 (just before U2 really broke through) he wasn’t to know that his new home would become a pilgrimage site for U2 fans from all around the world.

Tom Ryan knows the house would go for a big premium if he were to sell, but he’s not interested in doing so. Interestingly, Bono has already asked him for first refusal if he ever does decide to sell.

An investigation in the US earlier this year found that a number of “Bus Tours of Celebrity Homes” were fake - the driver would just point out at random large mansions and say “this is where Barbra Streisand lives” and “this is where Robert DeNiro lives” etc.

The downside was the house falsely identified as that of Julia Robert’s attracted fans painting messages of love on the wall, death threats and was broken into once by a deranged fan – much to the distress of the real owner.

Similarly, the owner of the house incorrectly described as belonging to Quentin Tarantino, now wakes every morning to find dozens of screenplays in his postbox.