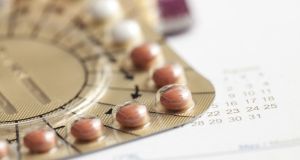 Many women using hormone replacement therapy (HRT) are finding it difficult to get the medicines due to shortages in Ireland over the past few months.

Some brands of HRT patches – to treat symptoms of the menopause – have been coming in and out of supply in Irish pharmacies since September 2019. One brand in particular will not be in stock again until May 2020, according to the Health Products Regulatory Authority (HPRA).

Dr Deirdre Lundy, co-ordinator for women’s health with the Irish College of General Practitioners, says that some Irish women were asking friends and family members to buy supplies of HRT in countries such as Spain when there on holidays. Others are seeking out their treatment in various parts of the country, far from their usual supplier.

“I went to get my usual prescription renewed a couple of weeks ago, and off I went to the pharmacy around the corner where I would usually go. I was told, ‘oh you won’t get that until May now’. I couldn’t believe it,” says one woman from Dublin.

In Kerry for the weekend, she decided to look in pharmacies there. “I tried two pharmacies in Kenmare and was told the same thing, and that my only chance was to try smaller places where ‘they might have a pack left over,’” she says. As it turned out, she managed to get the last packet on the shelf in a small pharmacy in Waterville.

Dr Lundy adds: “Women I know who can’t get the brand of HRT that they use are asking family and friends to buy it when they are abroad.” In some places, GPs haven’t been aware of the shortages until their patients draw their attention to it.

Manufacturers of these products have claimed the shortages are due to lack of availability of active ingredients as well as manufacturing delays.

For example, shortage of the Estradot-branded hormone replacement therapy patches began in September 2019 and subsequently led to a shortage of Evorel- and Evorel Conti-branded hormone replacement therapy patches when women switched to these patches as an alternative. When the Estradot patches came back into supply in October 2019, a rush on purchases due to the shortage in Evorel and Evorel Conti HRT patches led to another shortage of Estradot patches until mid-January 2020.

Manufacturers of Evorel and Evorel Conti patches announced recently that they expected these HRT patches would not be back on the Irish market in May 2020.

While medicines shortages can cause huge distress for patients in general, not being able to get medicines which alleviate physical and psychological symptoms associated with the menopause can be particularly difficult.

Dr Lundy says that alternatives to HRT patches are available for GPs who prescribe hormonal treatments. “I recommend using two daily pumps of gel which gives the daily equivalent of medicines released from the HRT patches.”

However, according to the HPRA, unexpected increased demand for the hormonal gel product, Divigel, led to a shortage of supply during January 2020.

Pharmacist Caitríona O’Riordan adds that if women cannot get a HRT patch with a combination of oestrogen and progesterone, it is possible to use a patch with oestrogen together with a progesterone gel or tablet to get the same result. There are up to 15 HRT products on the Irish market in the form of gels, tablets and patches.

Hormone replacement therapy was much maligned as a treatment for physical and psychological symptoms of the menopause following large studies in the US and the UK in the 1990s which showed those on HRT had increased incidence of strokes, blood clots and breast cancer.

“There is a huge resurgence in the use of HRT but there are GPs not trained in the menopause and HRT treatments because women weren’t asking for them in the last 25 years or so. Now women are looking for these medicines again,” says Dr Lundy.

She says many of the HRT medicines on the market now are bioidentical to female hormones. “Those 1990s studies were based on women aged 60-65 using animal-based hormones, now the hormones that women take are synthesised from Mexican yam and are identical to natural hormones,” she says.

Dr Lundy points out that HRT is a useful treatment not only for classical menopausal symptoms such as night sweats, hot flushes, difficulty sleeping but also for depression, anxiety, panic attacks, poor memory and concentration. “Many women in their 40s and 50s benefit from these hormone treatments and feel healthier on them,” she says.

The HPRA also recommends women obtain their HRT medicines from a recognised and trusted source such as their local pharmacy.

Can I put up a fence and force my neighbour to spend on a survey?
5

The best gourmet getaways in Ireland this summer
7