When it comes to sci-fi TV, Philip K Dick is your only man 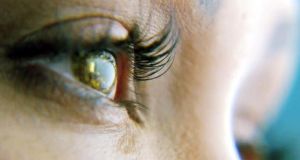 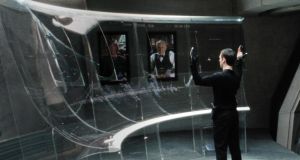 In the land of science fiction, Minority Report has had a more enduring legacy than most.

Since the Spielberg adaptation of a Philip K Dick story was released in 2002, many of its prophecies now feel strangely familiar: self-driving cars, gesture-controlled interfaces, malleable digital “paper”, targeted digital advertising, and algorithms for predicting crime – albeit minus Samantha Morton in a bath.

Now the story has got a new lease of life as a Fox television series, which is premiering in autumn.

The new trailer looks true to the film, with the pre-crime programme abandoned, and the predictors now figuring out their place in the world.

Is there a writer who has had a more lasting impact on science fiction than Dick? His novel Do Androids Dream Of Electric Sheep? became Blade Runner. The Minority Report was a short story. Richard Linklater jumped on the novel A Scanner Darkly, with rather beautiful results.

The short story The Adjustment Team became the film The Adjustment Bureau, and another, We Can Remember It For You Wholesale was reinvented as the slightly catchier Total Recall.

Not all Philip K Dick adaptations are without issues. Michel Gondry has apparently paused his version of the novel Ubik, and we’re still waiting to hear something concrete about the release of Disney’s King of the Elves, also a short story from the writer’s canon. For now, it’s back to the future with Minority Report on the small screen.