Ireland’s podcast explosion: Will anyone pay for it?

Sponsors and advertisers seem reluctant to get on board, leaving fans to fund their favourites 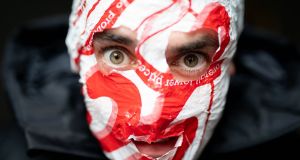 In the space of just a few months, and in the midst of a global pandemic, Spotify has moved to change the game on podcasting. The Swedish audio streamer paid a reported $200 million to buy the well-respected Bill Simmons-founded pop culture hub The Ringer, with its 40 or so podcasts, and then put YouTube on notice by securing exclusive licensing rights for what is currently the most popular interview show in the world – The Joe Rogan Experience.

While Rogan’s deal is said to be worth $100 million (friend Bryan Callen hinted it’s considerably more on The Fighter and the Kid podcast), the most interesting aspect came when it emerged that his full shows would be exclusive to watch on Spotify, with only clips now available on YouTube.

Content creators like Simmons, Rogan, and our own Georgie Crawford have undoubtedly been part of the inspiration for the seemingly endless supply of Irish podcasts now available for consumption while you commute, work out or procrastinate. Erstwhile comedian? You should start a podcast. Have some bad date stories? How have you not started a podcast yet? But the booming video aspect could add another element to how these shows are funded, at least in terms of possible advertisers.

Monetising those podcasts – even before Covid-19 brought media revenues to a halt – is something else entirely. Despite Acast, a company designed to do just that, setting up shop in Ireland last year it seems to be a slow process, with brands cautious about aligning themselves with such a loose format where control and approval are difficult to obtain. Caroline Foran, who is represented by Acast for her anxiety-based show Owning It, says the majority of her listeners are in the UK, which has led to the likes of the Guardian sponsoring the series.

Caroline has a theory as to why Irish brands – at least bigger ones – are hesitant to jump on the podcasting train “Irish brands have massively embraced influencer partnerships on social media in recent years,” says the bestselling author, “The amount of money spent there is staggering. However, because of the nature of that particular medium (static Instagram posts with hashtags or Instagram stories), the brands have been able to ensure that every word is pre-approved before any public eyes land on it.”

Acast recently set up in an office in Dublin, a decision it describes as an “acknowledgment of the country’s flourishing podcast market, both in terms of listening figures and the success of homegrown talent.” Acast helps shows get revenue by using something what it calls “dynamic ad insertion”. An advertiser can have ads inserted into a podcast’s back catalogue, or removed, whenever they like.

Acast was reluctant to share commercial specifics when quizzed on the current state of sponsorship within the medium, though a spokesman did wax lyrical about how Ireland is a market with “huge potential” saying the company’s weekly reach here is already over 1.1 million listeners.

Blindboy, who is also represented by Acast, doesn’t host a show so much as lead a movement. He regularly sells out venues around the country and abroad, as people pay to listen to what is essentially a cerebral conversation that could go in any direction. If you’ve had a chat with a work colleague recently about podcasts, chances are his name came up. By his own admission, Blindboy came to podcasts relatively late, in 2017.

Even then, he says, people were asking why Ireland was so far behind in terms of brands coming on board.

“I think brands prefer content which takes a neutral stance on socio-political issues or simply doesn’t take any stance.” he says. “It’s a bit baffling to me. I see them working with content that has about 10 per cent of my audience in Ireland. They are missing out on a podcast with a young demographic, and I’m happy to be sponsored so long as I’m ethically okay with the sponsor and their practices.”

More and more creators, Blindboy included, are turning to the fan-funded model of Patreon. Listeners or viewers can donate every month to help part-fund a show, or even to keep it going without any potential brand compromise.

“I much prefer Patreon as a way to fund the podcast,” says Blindboy. “Because it’s honest income. If listeners can afford to fund me they do, if they can’t they don’t, and the ones who can essentially pay for the ones who can’t. It’s a model based on soundness. It also means I don’t have to chase sponsors too much and if one does come along, I can turn them down If I don’t fit with them.”

A major reservation about investing in podcasts concerns the metrics used to measure how many people have listened or engaged with a show. Ireland’s biggest media agency, Core, which helps major brands decide where to spend their advertising budgets, says it has“done a few deals, but they are all small” in terms of podcast sponsorship, adding that brands simply don’t come to them looking to sponsor a show due to the apparent uncertainty around listener metrics. “The main issue is the lack of data around performance – it is very hard to prove the value and therefore effectiveness for a sponsor.”

Acast points out that  it has a system in place to look at show numbers, “We advise any publisher or advertiser to ask about measurement standards applied to any numbers they’re shown, and in particular to look for the Internet Advertising Bureau [IAB] seal of approval.”

The natural assumption among those working in broadcasting is that radio is “threatened” by podcasts. But that’s not the case with 2FM, according to Chris Green, co-host with Ciara King of weekend show Chris and Ciara. Every industry has disrupters, says Green, offering an interesting analogy.

“Podcasting is to FM radio what Fintech is to banks. Up until about a year ago, my bank had a horrible user interface and general user experience. Clunky slow apps, awful desktop layout and generally underwhelming, complicated and tiresome service. Since the explosion of apps like N26 and Revolut my bank has implemented a long list of upgrades and changes and suddenly cares about whether or not I enjoy using their services.”

'Safe usually means something which was exciting four years ago'

Unlike a lot of radio shows that churn out a “highlights” podcast every week, almost as an afterthought, Chris and Ciara produce a show that is very much a stand-alone entity, which he says may be too abstract or weird for a daytime audience. Chris is adamant that the bosses at 2FM have embraced the format, with that support ultimately paying off in listenership numbers and industry recognition.

“The team at 2FM has always been very supportive of it. In the first year of the show, the podcast was awarded by iTunes UK and Ireland for Best New Content.”

On a recent trip to Seattle I couldn’t help but notice how prominent podcast advertisements were on traditional television. Every ad break was pushing either a narrative series or one hosted by one of the networks’ high-profile news people. Similarly, on cable sports stations, a significant number of shows are omnichannel; meaning you can watch on television but you also listen to the episode post-show, or watch extended versions online. RTÉ moved into this space recently with Irish serial killer series The Nobody Zone, which was heavily pushed on its traditional broadcast platforms.

Podcasts do seem to be reaching saturation point in Ireland; there are certainly there are a lot of them. But can anyone name more than four “homegrown’” shows? Not every new podcast needs a celebrity host, or has to be shot in a studio, but it does mean that the good ones should rise to the top when the advertisement industry finally embraces them.

For Blindboy, the solution is for advertisers to become braver.

“Ireland is lagging behind because of a lack of vision, creativity, independent thinking and risk-taking on the part of the sponsors and their advertising agencies. I mean that constructively, not derisively. I see a culture in Irish advertising which is motivated by a fear of risk. This attitude then stifles creative thinking, which results in solutions that are neither risky or creative but safe. And safe usually means something which was exciting four years ago.”