Why has Music Network allowed applicants for grants it is overseeing to sit on its judging panel? 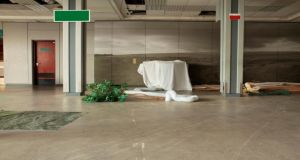 Do you think that people who apply for jobs should themselves be allowed on the interview panels? Once they excuse themselves at the key moment, of course, and leave the room to avoid asking themselves any questions, awkward or otherwise. And do you think that an organisation such as Music Network, when it is handling a recording grants scheme that’s been farmed out to it by the Arts Council, should allow applicants for the grants to sit on the judging panel? Once they excuse themselves at the key moment, etc and so on?

I certainly don’t, and there’s a fair chance that you probably don’t either. The processes need to be squeaky clean and they need to look that way, too.

Why bring the subject up? Because Music Network recently disbursed a recordings fund of €71,500 and one person on the four-member judging panel was involved in three successful applications, which accounted for €26,817. That’s 38 per cent of the total amount. For more on this, see nialler9.com, where the story first broke, and irishtimes.com/blogs/ ontherecord.

Experts, as everyone knows, often disagree. And the absolute minimum of distortion that’s involved in this recording scheme set up is that some of the decisions were made by four people, others by just three. All you have to do is look at the history of decisions in multi-person courts of final appeal to figure out how removing one expert in four might change an outcome.

Music Network insists that it operates “to the highest standards of governance and transparency and takes its responsibility in the disbursement of public funds very seriously”.

However, simply put, there is no reasonable excuse or explanation for this situation. Applicants should be automatically disqualified from sitting on the panel. And if Music Network digs its heels in about sorting this out, the Arts Council should find some other body to run the scheme for it.

Or maybe not. The history of Arts Council grant schemes farmed out to other organisations is not a happy one. The grounds for conspiracy theories and sour grapes seem to grow phenomenally when the council passes that particular buck.

The good news is that Music Network has ameliorated its initially defensive position and now says it “will review the panel selection procedure to ensure that panel members have no direct associations with applications in the future”.

Music Network’s latest tour, featuring the Chatham Saxophone Quartet, began in a venue new to me, the Boys’ School at Smock Alley Theatre. The theatre’s website describes this as “ ideal for experimental shows and productions”, adding that “a high and ancient church wall creates a dramatic backdrop for performance. A spiral ramp which hugs the wall around the theatre allows for innovative use of the vertical space and interesting vantage points.”

It’s lovely on the eye but a nightmare for the body. I took a place on the spiral ramp, which tilted me at an angle on a bench that ground into my spine.

The four saxophonists had no difficulty filling it with sound. They are a chatty group who enjoy bantering with their listeners. Their idea of cool involved putting some jazzy scoops into the Bach fugue (in G minor, BWV 578) with which they opened.

Jazziness (quartets by Bob Mintzer and Brian Byrne, the latter a new commission) and minimalism (Steve Reich and Jacob TV) seems to be their forte, and arranging Radiohead’s Paranoid Android with the leader’s instrument encased in a practice mute and connected to a fuzz box seems to be their idea of far out. It was a lively, personable show. The videos for the pieces by Jacob TV were a tight knit with the music. Co-ordination was key.

The imagery was of abandoned spaces, the kind of places you might expect to be visited by a character in a bleak scene from a Tarkovsky film. Everything was quietly surreal, large birds incongruously indoors, suspended or floating material rotating ever so slowly, floors sometimes undulating with overlays of water, every scene featuring slow, ceaseless camera movement. It was as if everything were ever changing yet ever becoming the same.

That slow transformation was the connection to the music, the first movement of which, Journey, was based on the changing sameness of purposeful footsteps. The music is meditative and obsessive, and Saariaho seems to have a knack of emulating processes of natural change in a way that’s fully absorbing. This was definitely an evening in which the whole was more than the sum of its parts.

Martin offered popular works – sonatas by Mozart and Beethoven, nocturnes, impromptus and waltzes by Chopin – with some pieces of his own, and a handful of works by Louis Moreau Gottschalk, once dubbed “the Chopin of the Creoles”.

Martin, whose fingerwork at its best has no match among Irish pianists, is what you might call a generalist when it comes to the great composers. The music of Mozart, Beethoven or Chopin is not where he excels. In his own music, polyglot with bluesy and jazzy leanings, he shines. And he delights in the twirls and bounces that Gottschalk is famous for, too.

Siirala gave a masterly account of the Brahms. With the NSO under Jonathan Schiffman he seemed as if he didn’t even need to break sweat to conquer its technical demands. Suave is not a word you would often associate with this piece – but suavity is what Siirala offered here.