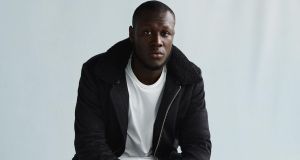 This year, tickets for gigs from U2, Stormzy and Run The Jewels have gone on sale on secondary ticketing websites at inflated prices within minutes of their regular on-sale time.

Now that market has gotten bigger. The latest reseller to enter the Irish market, Stubhub, arrives with an already chequered past in the UK. The company was raided in October by the Competition and Markets Authority (CMA) after it failed to disclose information requested as part of an investigation into online ticket touting.

Its “top seller” programme has also come under fire. A Canadian multimillionaire ticket broker Julien Lavallee, who features as a “StubHub Top Seller”, claimed to have deals with promoters and venues for tickets in exchange for yearly fees. He also featured in the recent Paradise Papers leak about the use of offshore tax havens. His lawyers have insisted that he operated within the law.

Along with Stubhub, other sites offering secondhand tickets in Ireland include Seatwave, Viagogo and GetMeIn. Demand dictates price in these marketplaces but with tickets appearing within minutes of going on sale – at much higher prices – it’s not surprising that some fans are up in arms.

Wayne Grierson, the country manager for StubHub UK and Ireland, said it would be “inappropriate” to comment on the ongoing investigation in the UK.

The CMA had requested information from the four main secondary ticketing companies. GetMeIn and Seatwave complied with the request, while Viagogo and Stubhub refused it, which led to the raid.

Viagogo was previously found to have received tickets directly from promoters to put on sale, as revealed in a 2012 Channel 4 documentary. Stubhub – which was co-founded by Eric Baker, who also set up Viagogo – was bought by eBay in 2007 for $310 million, and it is now moving into the Irish market.

Legislative proposals to deal with the secondary ticket market have included a suggested 10 per cent cap on resale prices above face value and the banning of bots, which is automated software used by touts to buy dozens of tickets illegally from primary ticket websites.

Wayne Grierson argues that putting a cap on ticket prices will drive resale tickets offline where there is no consumer protection.

“If this goes to the streets where sellers aren’t listing on a managed marketplace that has a safe environment, you pay the seller on the street and you potentially wouldn’t see them again,” says Grierson.

He suggests the anger over inflated prices doesn’t reflect reality. “Our research from 2016 shows that 50 per cent of the tickets on Stubhub sold below face value.”

Grierson says that Stubhub wants to see more transparency in the selling of tickets market as a whole. He points out that on the site you can see how many tickets are for sale, and business sellers are required to list their details when they sign up.

Stubhub would like promoters to list how many tickets they actually have for sale, after guestlist, corporate hospitality, and sponsors take their allocation. The company says its research shows that those channels could account for 50 per cent of total ticket capacity, although Grierson says the company does not have specific figures for Irish or European markets.

The case of Julien Lavallee continues to be controversial. Documents published as part of the Paradise Papers show that Lavallee bought 310 tickets for a UK Adele gig in 2016 in 25 minutes, charged to 15 different names in 12 different US/Canadian locations, despite a four-ticket-per-customer limit. At the time, Lavallee’s lawyers issued a statement insisting that Lavallee’s company Ticketaria carried out “all its activities in accordance with the laws and rules of the jurisdictions in which it operates and sells”.

Reg Walker of the security firm Iridium Consultancy told the Guardian newspaper that there is enough evidence in the documents to suggest bot use (which is outlawed in the US where some of those tickets were bought from). The Guardian also says it has seen data showing that Lavallee also bought up hundreds of tickets for UK gigs by Ed Sheeran, Drake and Metallica in a similar manner.

“A lot of it is circumstantial,” says Grierson of the reports. “Because it was in [a] news article, it doesn’t mean that’s factually correct or not.”

Stubhub’s global user agreement says that users must not “circumvent any laws” but the company is not legally required to check where a seller gets their tickets from. Their reluctance to investigate Lavallee’s activities, while calling for greater transparency, may not inspire confidence in consumers.

“Every seller, whether you’re small, big, it doesn’t matter what size, signs up to our global user agreement and as part of that you have to abide by local regulations,” says Grierson. “If you breach any of those policies then we will investigate that but at the moment there’s no evidence being presented that there’s anything illegal going on for that seller.”

“We haven’t been presented with a case file or investigation that is ongoing by the police or authorities to say that [they are] investigating this person. Now if that happens, we will of course investigate based on the evidence that is presented.”

John Boyne: Why I support trans rights but reject the word ‘cis’
7