George Evelyn AKA Nightmares On Wax shares a songwriting influence 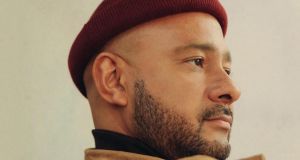 Nightmare on Wax: ’Motown records were afraid to release [‘What’s Going On’] as it was controversial. Then it became their best-selling album’

One of my biggest influences is Marvin Gaye’s What’s Going On.

I think there’s definitely a difference in hearing an album and studying an album. I’m not sure when I first heard it but I reckon I was about 16-years-old when I first properly studied it.

The production of What’s Going On is more like a movie in that it is a cinematic experience. Lyrically, the message in the album and its content is timeless and the history behind the record really moved me.

It was around the time of the Vietnam War when Gaye was recording it, and Motown records were afraid to release it as it was controversial. Then it became their best-selling album.

The string arrangements on What’s Going On have really influenced my work. The album taught me how to find space in music. Also lyrically, it has taught me to explore how we look to express something.

Marvin was sharing and telling his story. When you share the truth it resonates in a way that is a lot more powerful.

I’ve learned a lot from that aspect, especially where songwriting is concerned, and considering how you’re trying to get a message across. It’s taught me to try and be more of a mentor in what you are saying, rather than a preacher.

The truth within this record is what resonates, not just with me but lots of people. Even now when a song from the album comes on at any given time I never want to skip it, I always want to hear it. I can’t say that about many albums.

Nightmares On Wax plays Pygmalion, Dublin on Friday, February 1st and his Back To Mine compilation is out on 31st January