The things you need to hear in Irish music right now, featuring TNLYF, All Tvvins, Katie Kim and Bicep & Hammer 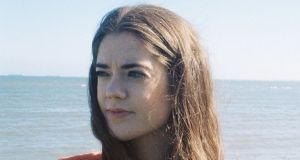 Songs of the week

These Belfast boys are on a roll. With their recent track Just ringing its way across festivals and clubs and with a fine hometown Boiler Room broadcast under their belt, Andy Ferguson and Matt McBriar have come up with the goods once again. Along with their friend Rory Hamilton (Hammer), they've concocted a percussive piano house track that evokes good times in slow motion.

Katie Sullivan has always had a gift for imbuing her compositions with a brittle ambience. For this new track, Sullivan collaborated with Ruadhan O’Meara, who makes cinematic retro soundtrack synthesizer music. O'Meara's sensibility adds a foreboding dirge style to the track, as Sullivan holds court above the eeriness. Keep this one in the Halloween playlist.

When these Dublin lads appeared earlier in the year with the stadium-sized Defeated (http://www.irishtimes.com/culture/music/nialler9-s-new-irish-music-wyvern-lingo-the-would-be-s-and-the-mighty-stef-1.2168475), they sounded primed for radio and mainstream support slots. Now, with the release of Reflect, the band have come up with a gauzy version of that sound that sounds like it was swallowed by a whale. Guitars sustain, vocals ring with reverb and in the fog, a tune is detected. It's like hearing a band like Kodaline remixed by Mogwai. It's a brave move.

For the third single from the band formed by the guitarist from synth-rockers Adebisi Shank and the singer/guitarist from indie band The Cast Of Cheers, All Tvvins continue to meld the defining characteristics of both. Cascading looping melodies, whooshing low-end, galloping drums borrowed from the eighties and classic pop nods, Darkest Ocean is a band who have found their feet, waiting to unleash more on a debut album.

New artist of the week

A burgeoning talent who has been building up experience on the singer-songwriter scene, Rosa Nutty's just-released debut EP Bunny was crowdfunded by friends and family.

The release's five tracks suggest a musician as comfortable with choral melodies as she is with an acoustic guitar. The EP is augmented by French horn and cello but it's Nutty's voice that shines through.

Video of the week

Instrumental post-rock can be a bombastic form of self-expression. Dublin-based Overhead can subscribe to that style with their music, which is something they've embraced with their new video, directed by one of the band's guitarist who also moonlights as a director with the production company Bold Puppy.

The live performance clip is ridiculous. Drummers utilise ladders and paint cans for extra percussion as the camera swirls around the band. Each revolution seems to introduce new players (a strong section here, a choral singer there) until the crescendo of the song where the stage is swarming with sound and people. Directed by Luke Daly

Sex and Lies review: testimonies from women in Morocco
8

The best classical music and opera to see this week
10