Mozart is the focus of this year’s Kilkenny Arts Festival, and the English performer’s approach is unconventional 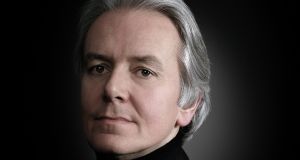 If you like your Mozart busy, you might only find yourself in tune with Christian Blackshaw at his most urgent. Photograph: Herbie Knott

There is just no getting around it: Mozart is elusive. That is what is behind the great Austrian pianist Artur Schnabel’s paradoxical claim that Mozart’s piano sonatas are too easy for children and too difficult for artists.

Technical facility as a performer is not the advantage in Mozart that it is in a range of other music. This was understood even in the 19th century, when Mozart was not appreciated to the extent that he is today. The US pianist Amy Fay (1844-1928), whose lively and detailed 1880 book, Music Study in Germany, includes an important first-hand account of the teaching of Liszt, asked: “Did you know that Mozart wrote 20 concertos for the piano, and that nine of them are masterpieces? Yet nobody plays them. Why? Because they are too hard.”

She also wrote, when she heard Mozart played to her satisfaction: “I thought of the Boston critic, who considered Mozart’s compositions ‘child’s play’. They are child’s play – that is, they are nothing at all if they are not faultlessly played, and every fault shows, which is the reason so few attempt them.”

I have heard it said that when you are young you love the music of Mozart because it is so pretty. When you are a bit older, you despise it for exactly the same reason. And when you are grown up you love it once again, this time for all the complexity that the prettiness had distracted you from.

One of the best descriptions I have come across from a performer’s perspective is that, when you’re working on Mozart, you get the feeling that what you need to see is not straight ahead of you, but in the corner of your eye. Yet when you look there, you get that same feeling all over again.

Mozart is the focus of this year’s Kilkenny Arts Festival, with the first weekend concentrating on the late symphonies and the start of a complete cycle of the piano sonatas. The concerts are not a Mozart-only zone. Bach is the other major presence, and a mixed programme from András Schiff presented the penultimate piano sonatas of Mozart, Haydn, Beethoven and Schubert, although for sound musical reasons Schiff swapped the places of Haydn and Beethoven rather than play the works in strict chronological order.

The complete sonata cycle was in the hands of English pianist Christian Blackshaw, whose Wigmore Hall cycle of 2012-2013 has appeared on CD and won acclaim on both sides of the Atlantic. He is anything but a conventional Mozartean. He seems to want to avoid the effect of prattling at all costs, and you never get the impression that he will let his fingers run away with him. Everything is mediated and considered, modulated and adjusted so that any doggerel-like predictability of patterns and flourishes is neatly sidestepped.

There is nothing cut and dried in his phrasing. At times it is as if he adopts the musical equivalent of those Northern Irish accents which end a statement as if it were a question, leaving you somehow suspended and with a heightened expectation of what will follow. The Northern Irish lilt, of course, tilts upwards to create its effect. Blackshaw’s effect is created by avoiding emphasis in musical punctuation, by frequently allowing his phrase ends to float rather than accentuate a close. The effect is to keep the music tilted forward with a sense of anticipation, and that sense of anticipation is key to his ability to sustain some of the slow speeds that he sets.

If you like your Mozart to be busy, you might only find yourself in tune with Blackshaw at his most urgent, as in the outer movements of the stormy Sonata in A minor, K310. If you like to hear Mozart as a vehicle for the projection of personal emotion, you might well find him a distant, almost disengaged performer. But if you like music-making that takes you to places other performers simply do not reach, he may be just the man for you.

One of the less conventional aspects of Blackshaw’s approach is his fondness for adhering to repeat marks that other players ignore. Most of the first movements in the sonatas of Mozart’s day had two sets of repeats, and most of today’s performers observe only the first one. Blackshaw likes to observe both, with the result that his recital on Sunday (the four sonatas K330, K533/494, K570 and K310) was within a few minutes of the duration of that evening’s Schiff programme (Mozart’s K570, Beethoven’s Sonata in A flat, Op 110, Haydn’s Sonata No 61 in D, and Schubert’s Sonata in A, D959, the four composers’ penultimate piano sonatas).

Both concerts were given without an interval, a decision that seemed questionable in both instances, on the basis of listener comfort and concentration. Given the physical discomfort of St John’s Priory, where Blackshaw played, and St Canice’s Cathedral, where Schiff performed, it seems like some kind of unnecessary penance to have people sit for 100 minutes without a break.

Schiff did not manage to re-create the magic he brought to Kilkenny last year in the same composer’s final sonatas. His Mozart paled in comparison to Blackshaw’s, his Beethoven didn’t really get into its stride until the concluding fugue, and although his Haydn was well-mannered, it was only in the Schubert sonata that the depths of last year’s music-making were again in evidence.

If anyone at Blackshaw’s concerts had felt the need of greater brio, they will have got it from the Irish Chamber Orchestra in dynamic accounts of two late symphonies (No 40 in G minor and No 41 in C, the Jupiter) under Jörg Widmann, who was also the probing soloist in the Clarinet Concerto.