Body & Soul: sudden death was a ‘huge blow’ to festivalgoers 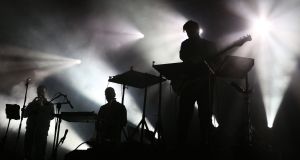 Walking into Body & Soul on the second of its three days, the festival felt better organised and more detailed. The event has settled more comfortably into its larger size. Crew and staff were warm and helpful; queues for facilities were nonexistent or manageable; hardly a corner of the festival hadn’t been decorated, accented or lit; and the crowd of 15,000 seemed a natural fit for the size of the site at Ballinlough Castle, in Co Westmeath. So Saturday’s incident, when a man died after being taken to the medical tent by medical staff, came as a huge blow.

He was treated on site by paramedics and an emergency-medicine consultant. An Garda Síochána is investigating, but the festival described it as a nonsuspicious sudden death. In a statement on Saturday evening, after friends and family had been notified, the festival’s director, Avril Stanley, said: “We wish to extend our deepest condolences to them at this time. We will continue to work closely with the gardaí on their investigation in this matter. The team at Body & Soul are absolutely devastated by the news.”

It was the first death in the eight years of the festival. News was slow to filter out to festivalgoers. The day had begun with skies thick with rain, but by the time the Irish Times series of talks began on the Wonderlust stage, at noon, the sun was at full, blue-skied strength.

The Irish Times Women’s Podcast kicked things off with a powerful panel discussion on shame, and how it has been used against women. Pick of the day, though, was Patrick Freyne’s discussion on the hack of Irish culture. The journalist Emer McLysaght and the DJ Sally Cinnamon unloaded both barrels on a range of topics, from the Rose of Tralee to country’n’Irish music, while the comedian Alison Spittle took the opportunity to brilliantly grind some axes she’s been clinging to since childhood. It was a hoot from start to finish.

You could spend the weekend at Body & Soul and easily miss one of its best bits. The newly expanded Food on Board area, across a small stone bridge and down some grassy laneways, was a colourful garden ringed by food stalls and a Veuve Clicquot champagne bar – a luxury refuge from the wider, wilder festival.

On Saturday night there was a masked ball that plenty of people rocked up to in veils, masks, top hats and tails – and hardly a cheek in the place hadn’t been smeared in glitter.

Pick of the musical bunch on Saturday was Bonobo’s stunning set on the Body & Soul stage. The entire festival seemed to have lined the hills to hear Simon Green and his band, and his pristine electro tunes were lent live warmth and groove by a brass and flute section. Break Apart raised the emotional stakes, and in Cirrus Green had the kind of song that festivals are built for. The band slipped into it almost unnoticed midset before unleashing its full payload to thrilling effect.

The French act La Femme had already charmed the main stage with their stylish, angular psych-pop. Our favourite follow-the-music discovery of the weekend came in the Midnight Circus, thanks to the Dutch crew Weval. Harm Coolen and Merijn Scholte Albers bolstered their sound with a terrific drummer, which gave their driving, soundtracky arrangements power and groove.

Closing out the main stage was Pascal Arbez, aka the French electro DJ Vitalic. His mixing was pristine, and he built tracks with enough precision and power to keep the amphitheatre bouncing. After the emotional fireworks of Bonobo it seemed more aloof, but this was a very finely marbled slab of techno.

So what is the meaning of Lowery’s existential fable ‘A Ghost Story’?
4