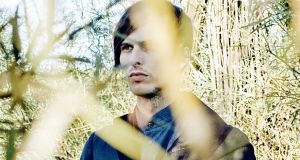 It takes a certain kind of cultural courage to put yourself in a room with music you’ve never heard before.

At a time when nostalgia dominates the musical landscape, when big-name heritage acts, backed by deafening advertising campaigns, are soaking up the lion’s share of ticket sales, when vast audiences of grown-ups are opening their wallets wide to gain access to yawning warehouses and muddy fields where the sounds of their adolescence are replayed to them in all their ersatz glory, where is the space for new creative music?

Sure, there’s no doubting the emotional power, and the onanistic pleasure, of hearing the music that shaped us when we were young, but new music, art music, music for grown-ups, serves an altogether different and more vital purpose. Breaking out of the safe and the familiar, exposing ourselves to art that challenges our assumptions about what is beautiful and important, pushing back against the creeping infantilisation of musical culture – these are surely part of being politically as well as culturally awake, part of understanding ourselves and our society, of confronting the apathy and commercial manipulation that has rendered docile the generations of listeners since the 1960s whose music once spoke of changing the world.

In that context, the ongoing Perspectives series at the National Concert Hall, which continues on September 29th with Berlin techno innovator Pantha Du Prince, is a beacon of enlightened contemporary programming in the fog of stuff we’ve heard a million times before. And Gary Sheehan, whose job it is to programme it, is a little more sanguine about the challenge of bringing new music to Irish ears.

“Music has forever been like that,” he says of the audience gap between commercial and art music. “There’s always been something filling an arena somewhere, and whatever terminology you want to call it – specialist music or cultural music – it has always lived in a slightly different world.”

“What I find more worrying about what’s going on at the moment,” he muses, “is a sort of nostalgia culture where superannuated rock stars play arenas repeatedly and you kind of wonder are we really interested in new things at all. But certainly our experience at the National Concert Hall is that people are interested in new music.”

A former director of trailblazing jazz promotions company Note Productions, Sheehan has rung the changes at the venerable, State-subsidised national auditorium since taking on the role of director of programme planning in 2013, and the Perspectives series is his particular bailiwick.

“We created Perspectives to present a contemporary equivalent to the International Concert Series, which is the hall’s major flagship classical series,” he says. “I suppose the difference is that Perspectives is genre agnostic. It’s about what we think is interesting contemporary work, but we’re not tying ourselves to any particular genre because I don’t think audiences think that way. It’s about who’s doing interesting things right now. Within that, we try to give it some range and balance, and I think that’s key to any good programming. So it should have some emerging artists and it should have some established artists, but whoever they are, they have to be doing something that we would consider to be interesting right now.”

Since the series started in 2014, Perspectives has certainly presented a broad spectrum of contemporary work on the NCH stages, including the first Irish appearance since the 1960s of jazz piano giant Keith Jarrett, as well as other big jazz names including Brad Mehldau, Pat Metheny and the Bad Plus, major residencies by artists such as Laurie Anderson who are central to the development of the contemporary avant-garde, as well as world music innovators Anoushka Shankar and Anouar Brahem, and significant one-offs such as Shane McGowan’s hugely successful 60th birthday celebration.

Through it all, Sheehan has charted a steady course between the known and the unknown, attracting big names – this year’s programme includes giant of contemporary composition Philip Glass and innovative former Blur frontman Damon Albarn – but also taking risks with acts that are less well known.

Sheehan acknowledges the particular challenge of Irish audiences, compared to audiences on the continent where there is perhaps more appetite for complex instrumental music than there is in the rock and pop dominated Anglophone world, but he pushes back against any suggestion that the programming of Perspectives tends towards safer, more bankable names.

“Yes,” he admits, “there are some major artists there, like Laurie Anderson, Philip Glass and Damon Albarn, but the logic to that is really that when you get the opportunity to get someone like Damon Albarn doing something new and potentially interesting, we’d like to be there to put it on, because that’s a rare thing.”

The return of Glass to the hall is the centerpiece of the current Perspectives programme. The hugely influential composer performed his Études at the hall in 2015, and he returns this year with his own ensemble for a weekend series, already sold out, that will include a performance of his seminal Music in 12 Parts, as well as a live performance of his score for Koyaanisqatsi, the documentary that helped to launch the environmental movement back in the 1980s.

“It’s a chance to see one of Philip’s major works with him and his own ensemble which is quite rare,” says Sheehan. “12 Parts is a key piece of modern music and I don’t think the sound world of, say, Kraftwerk or Pantha Du Prince would exist without Philip Glass, so it’s very important music.”

But if finding an audience in the face of aggressive marketing from the commercial music industry remains a challenge for art music presenters, Sheehan is optimistic, and strong sales for the Perspectives series, which he says can go audience for audience with the hall’s classical music programme, bear him out.

“A lot of people talk about struggles with programming innovative music and contemporary music,” he says, “but at the end of the day, there were 3,000 people for Laurie Anderson in Dublin, and there’ll be 2,000 people for Philip Glass, which is great.”

“It’s always challenging, obviously,” he adds, “but I think there’s a definite appetite from audiences to see new things and I think audiences in a Spotify digital world are actually more open-minded than maybe they’ve ever been. I think one of the challenges is cutting through so much information with what we’re doing is interesting, but we’re in a city that has a very busy and sophisticated music audience”.

It’s Sheehan’s job to be optimistic, and there is a long way to go before contemporary creative music of whatever hue can compete with the heritage parade, but if that is a challenge for the National Concert Hall, it is also a challenge to us, the audience. And with this year’s Perspectives programme already shaping up to satisfy a broad range of listeners, many of whom may be finding their way to Earlsfort Terrace for the first time, there is perhaps cause for some cautious optimism.

Perspectives at the National Concert Hall

Pantha Du Prince – Conference of Trees
September 29th
Berlin-based techno innovator Hendrik Weber’s new work blends acoustic and electronic elements in an immersive audio-visual performance that is a world away from the usual techno artist behind a bunch of computers on a stage.

Philip Glass Residency
October 26th, 27th
The towering giant of contemporary composition brings his own ensemble to Dublin for an already sold-out residency that includes a five-hour performance of his Music for 12 Parts and a live screening of seminal environmental film Koyaanisqatsi.

Damon Albarn – The Nearer the Fountain, More Pure the Stream Flows
May 21st, 2020
The former Blur and Gorillaz front man channels his ongoing fascinating with the Icelandic landscape in a new audio-visual work, jointly commissioned by the Barbican, the Philharmonie de Paris and the NCH, examining the passage of time and the fragility of nature.

Dancing with the Stars: public save rhythmless reverend Ray Kelly as Yewande Biala voted off
8